The Executive Council of SBE has awarded the 2017 “Enrique Pérez-Payá” – SBE-40 prize to:

For his remarkable contributions in molecular spectroscopy.

For his notable research in the visualization of dynamic processes occurring in living cells. 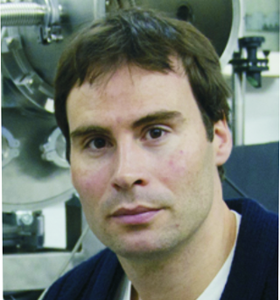 Research Associate at the University of the Basque Country – UPV/EHU (Bizkaia, Spain).

Dr. Emilio J. Cocinero got his B.Sc. in 2001 in Chemistry at the University of Valladolid (Spain) and his Ph.D. in Physical Chemistry in 2005 from the same University for his studies on the structure of amino acids by microwave spectroscopy, under the supervision of Professors Alberto Lesarri and José L. Alonso. In 2008 this thesis work was recognized with an special award by the University of Valladolid. In 2006 he moved to the Physical and Theoretical Chemistry Laboratories from Oxford University to join Professor John P. Simons’ research group for the study of carbohydrates in the gas phase. In 2009 he obtained a Juan de la Cierva fellowship in the Science and Technology Faculty of the University of the Basque Country and in 2011 he became a Ramón y Cajal scientist. Currently, he leads research focused on solving structural problems of chemistry at the molecular level; in particular, the study of biomolecules, including sugars, peptides and drugs, generated and stabilized in the gas phase.

Dr. Emilio J. Cocinero has been winner of the Flygare Award for outstanding contributions in molecular spectroscopy by an early career independent scientist (2015), the Sigma-Aldrich prize for the best scientific career of a Spanish young researcher (Spanish Royal Society of Chemistry – RSEQ, 2012) and Postdoc-SusChem prize for the best scientific publication in 2011 conducted by a Spanish young researcher in any area of Chemistry. In 2014 Dr. Emilio J. Cocinero was elected President of young chemists researchers – JIQ of the RSEQ.

Please visit the website of the Spectroscopy Group at the Department of Physical Chemistry of UPV/EHU. 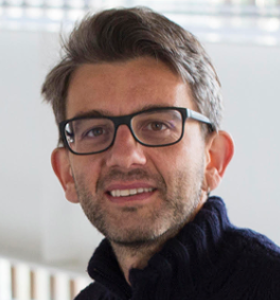 Dr. Carlo Manzo got his M.Sc. in Physics in 2001 in the University of Naples (Italy) and his Ph.D. in Fundamental and Applied Physics four years later in the same University. During his thesis, he investigated topics related to the interaction between light and soft-matter under the supervision of Prof. Marrucci, a leading expert in the field of nonlinear optics. In 2006, he joined the research group of Prof. L. Finzi at Emory University (Atlanta, USA) as post-doctoral fellow. His postdoc research focused on the application of single-molecule manipulation methods (magnetic tweezers, tethered-particle microscopy, single-molecule video microscopy) to study the effect of DNA looping on gene transcriptional regulation. In particular, he devised novel approaches for the analysis of noisy time-traces, focusing on the kinetics and the mechanics of DNA looping in the lambda-phage, a paradigmatic genetic switch. In 2008 he joined the group of María García-Parajo at the Institute for Bioengineering of Catalonia – IBEC where he studied the organization and dynamics of constituents of plasma membranes and also developed optical and analytical tools for application in life sciences, such as fluorescence correlation spectroscopy in ultra confined volumes. In 2011 he joined the Institute of Photonic Sciences – ICFO as research fellow where he investigated on visualizing dynamic processes occurring in living cells. In 2016 he obtained a Ramón y Cajal contract and recently bacame Associate Professor at the University of Vic – Central University of Catalonia.

About the “Enrique Pérez-Paya” – SBE-40 Prize

Awarded in memory of Dr. Enrique Pérez-Payá, SBE member who contributed to the development, translation and internationalization of Biophysics in Spain. He worked on peptide-membrane interactions and apoptosis and was a pioneer in the use of combinatorial chemistry to expand the chemical space for basic research and to develop peptide-based therapeutics. He was also an entrepreneur and always supportive of young biophysicists.

Biophysicists under 40 who develope their main activity in Spain. Preference is given to members of the SBE and to achievements from the last 10 years.