Science as a cohesive political tool 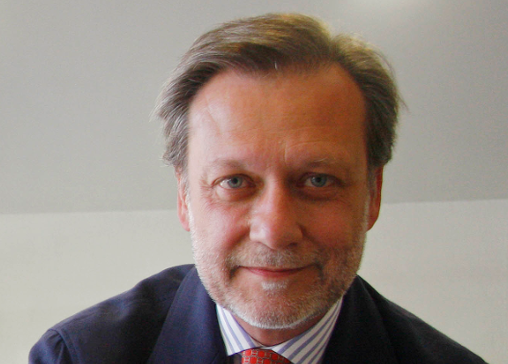 The result of the Brexit referendum – announced on the 23rd of June 2016 – was an unpleasant surprise for many inside and outside the UK. Shortly after the result was declared, an editorial was released by the journal Nature [1] stating that “Scientists – just like everybody else – have little idea what will happen now that the United Kingdom has voted to exit the European Union”. Much has been discussed since then, but in reality little has advanced, and almost one year on, we still have no idea. Indeed, up until the 29th of March 2017 Theresa May’s government had not officially communicated with the European Union about Brexit, almost coinciding – as fate would have it – with celebrations commemorating the 60th anniversary of the 1957 founding Treaty of Rome.

The impact of Brexit on a EU without the UK is unpredictable, and few people are willing to take the risk of anticipating possible political, social and, in particular, scientific consequences. What is clear, however, is a widespread fear about a tough economic adjustment for both, the EU and the UK. Regarding the impact of Brexit on the Spanish economy, the newspaper El País recently ran an article (March 11th, 2017 [2]) referencing an official document prepared by the Permanent Representation of Spain to the EU Commission on Brexit, which is headed by the vice-president of the government, stating that “The Spanish economy will lose between 2 – 4 points in growth, exports will fall by about 500 million annually and British abandonment will force Spain to contribute 888 million more to Europe”. Predictions indicate that tourism – a key sector for the Spanish economy – will be most affected, particularly in the regions of Andalucía, Baleares, Canarias and Valencia.

If the UK imposes restrictions on the free movement of people, it is probable that Britain will appear less attractive to the European scientific community. In turn the EU may limit the participation of the UK in its research and innovation programmesThe science and technology sector, in comparison, does not appear to be seriously affected in Spain, due to its small weighting in the overall economy and industrial fabric of the country. However, it could be damaged at a British and European level on two fronts: Firstly, for the significant contribution that the UK makes to the European budget. And secondly, for the British scientific leadership and frequent participation in European programmes, either as a host country for scientists (especially the young) or as a partner in scientific networks and integrated projects, along with the strong capacity to influence decision-making in Brussels and to define future political strategies.

The alarms concerning the possible implications of Brexit started to sound before the result of the referendum was known, particularly among scientists working in the UK. In the same editorial of Nature cited above [1] it was pointed out that “Researchers are already mobilizing to lobby for the United Kingdom to remain a participant in EU science programmes (…) But it’s unclear whether the United Kingdom will still be attractive to talented researchers”. These fears are well founded. If the UK imposes restrictions on the free movement of people in the wake of Brexit, it is probable that Britain will appear less attractive to the European scientific community and, in turn, the EU may limit the participation of the UK in its research and innovation programmes. A similar scenario happened in 2014, when the access of Swiss researchers to the H2020 programme was restricted after the positive national vote to reduce immigration.

The Schengen agreement, which allows the free movement of people across European borders, is one of the union’s greatest achievements, and a symbolic indicator of European humanism and liberal tradition. Likewise, there have also been tangible successes with the creation of the Euro and the exchange of university students through the Erasmus programme. These three achievements constitute signs of identity, as if they were milestones forged through hard work in the invariably challenging route towards the construction of a common Europe. Brexit, on the contrary, signifies a point of inflection in this progressive collaboration to achieve European identity, an uncertain and unexpected interruption in the dream of continental unification.

Brexit signifies a point of inflection in this progressive collaboration to achieve European identityThere is no doubt that Brexit is a product of Euroscepticism arising in the last few years, coinciding with the economic recession beginning in 2008. The decision on Brexit also reflects the social wounds generated by the austerity policies imposed during a clumsy management of crisis by European leaders. The solutions that are now being considered contemplate the development of a European Union at different rates, with the obvious risk of deepening the social divide between regions and countries. The feeling of national inequality hinders the aspiration of constructing an authentic European Union, with a unique and powerful voice, capable of establishing itself alongside the US and China.

In addition to the free movement of people, the single currency, and the exchange of university students previously mentioned, another essential constructive European milestone – less known in the public consciousness ­– is the framework programme for research and innovation, a powerful tool for the promotion and support of scientific research and the development of technology in the EU. The Horizon 2020 programme, currently in effect, was preceded by seven framework programmes, of which the first was launched in 1984. Discussions in the European parliament have now started as to the next framework programme, with a tentative investment of up to 100 billion euros, which will be distributed between 2020 and 2026.

One of the primary objectives of this programme is to promote collaborative investigation throughout Europe and with other partner countries, contributing to the mobility of scientists and business, with the goal of European cohesion in mind. Consequently, the sciences have acquired an extra value, which is more political than scientific in nature, and emerge as a key instrument for the integration of countries into a single Europe. In other words, apart from their indisputable intrinsic value in promoting continental scientific and technical development, the framework programmes also foster high-level professional networking, and hence, trans-national integration of sectors driving the European economy.

The sciences have acquired an extra value, which is more political than scientific in nature, and emerge as a key instrument for integrationWe should be conscious, however, that science and technology do not level the playing field as other innovations have done in the past, but instead accentuate the unequal distribution of wealth among social classes as well as nations. It was in the middle of the last century when forward-thinking countries imposed on the rest of the world a model for linear and unidirectional economic progress, based on the financing of science and technological development. The social and environmental consequences of this developmental model remain evident. In fact, the proposal to facilitate the growth of Europe at different rates responds to the economic discrepancies between EU nations, which itself reflects disparities in science and technology development.

Because of this, the European framework programmes must urgently exploit their maximum potential, not only scientifically but also politically. And now, following Brexit, more than ever. The European research and innovation framework programme must today be understood not only as an element of economic progression but also as a cohesive political tool with the potential to combat the dangers of uneven EU development. In this sense, the EU should resist the understandable impulse to break ties with the UK and slam close the door, but to find ways to incorporate the British scientific community into the European integration project. If the Europe of 27 succeeds in achieving the long-awaited goal of political unification, it is not unreasonable to assume that the UK will end up knocking at the door once again.

The EU should resist the understandable impulse to break ties with the UK and slam close the doorExperience tells us that groups advance faster than isolated individuals. Nature is plagued with examples, including common social insects (bees, ants, etc.). The evolution of the human species itself would not have occurred if not for the communal character of man. In fact, the so called collective intelligence or symbiotic intelligence, resulting from collaboration and competition between individuals that make up a particular group or population, allows for an improved intellectual capacity by exceeding the knowledge of each isolated element. George Pór, whose pioneering research in the 1980’s into the development of knowledge networks and the construction of virtual communities involved in self-organisation, defines collective intelligence as “The capacity of human communities to evolve towards higher order complexity and harmony, through such innovation mechanisms as differentiation and integration, competition and collaboration.”

It can be difficult to admit that the driving force of collective intelligence is “individual selfishness”, identified by the Scotsman Adam Smith – the father of modern economics – in his seminal work The Wealth of Nations (1776) [3]: “It is not from the benevolence of the butcher, the brewer, or the baker that we expect our dinner, but from their regard to their own interest. We address ourselves, not to their humanity but to their self-love, and never talk to them of our own necessities but of their advantages”. The Nobel laureate Mario Vargas Llosa recently referred to the work of Smith in the following terms: “In truth, he was the first to explain to human beings how and why the system operates which lead us to leave the caves and progress in all fields – save from the moral – to conquer the content of material and reach for the stars. A simple and yet complex system, founded on liberty, which transforms selfishness into a social virtue” (El País, March 19th, 2017 [4]).

In spite of its many oscillations, the history and social evolution of man is a result of the collective intelligence of a species in which individual selfishness – understood as a social virtue – constitutes the driving force behind the whole, and technoscience ­– understood in its dual economic and political role – is one of the key levers of action. In this continuous historical development, the construction of the United States of Europe should be no exception.