Is Science at a “critical point”? 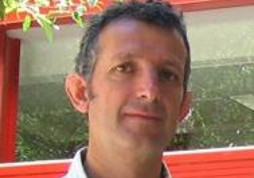 Science is living a glorious moment. It is recognized as a crucial ingredient for human prosperity, like it never was before. It is present in all aspects of modern life, from politics to mass media to education, as it never was before. However, not all that we hear today about Science is positive. Aside from recurrent bad news about funding constraints, there are growing rumours warning that something may be failing in Science. It can be argued that this is just part (or consequence) of the present critical time in history characterized by an overlap of a few interconnected crisis, affecting economy, demography, politics, market, communication, energy, climate… And Science would just be one more thing to add to the list [1].

But what are the specific ingredients of the Science critical point? Just attending to recent debates in the Scientific Community, we can identify a few:

The paradox, in this best-time-ever of Science, is that it is increasingly loosing reputation.

Although these three crisis have already been identified [2], none of them appears easy to solve. Science, like economy, operates globally, but decisions are still taken at National and Regional levels. Additionally, each of these problems may have special colours depending on the region and depending on particular economical or social circumstances. For example, the career crisis (and the postdoc overflow), far from facilitating the dissemination of Science, is contributing to centrifuge most talented Scientists from economically deprived regions and to concentrate them in the strongest economical poles. Thus, competition is having very different consequences in different parts of the world. Competition is essential for the emergence of Excellence, which in turn is the drive for the advancement of Science, but the economical context can strongly distort its potentially positive effects.

On the other hand, without a consensus definition of excellence, with questionable metrics to value Science (and Scientists) and with inefficient reviewing, how much excellence fails to be identified? And how much fake excellence may get finally funded, despite a tough filtering system? Apart from pure fraudulent work, which probably (still) does not reach preoccupating levels, low significance recurring work may easily hid behind apparently great projects and high impact publications. The urge to increase publication records, fuelled by fierce competition for projects and positions and greased by a huge list of available Journals incentivizes low risk research, easier and faster to produce and publish. But less trivial, risky and uncommon ideas, which have been historically behind the biggest steps in Science, are demotivated by the dominant system [2]. In parallel, Scientists are pushed to disseminate their achievements in mass media and to quickly explore translational research, altogether contributing to create false expectations.

The paradox, in this best-time-ever of Science, is that it is increasingly loosing reputation. The difficulties to develop a career in Science, well known by students, are demotivating many of the best to choose research as a profession. The publishing inflation is becoming difficult to handle by obsolete peer reviewing and inefficient evaluation systems, in turn facilitating fraud and increasing mistrust in Science. There are reasons to think that these negative perceptions may already be leaking into the Society. There should be a solution to these problems, and Science itself should be able to find it.