We are reductionists. Should we care? 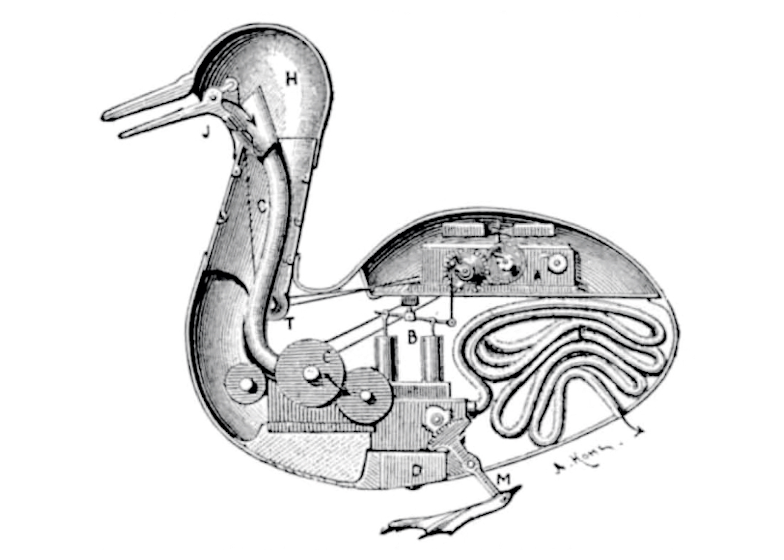 Twenty first century scientists do not have much time for philosophical questions, but one such topic keeps attracting interest, definitely among life scientists [1, 2] but also in physics [3, 4]. This is reductionism [5, 6], which for a long time has enjoyed overwhelming dominance in science but seems to be now contested. Certainly, the reductionism vs anti-reductionism duscussions have been recurrent in different moments throughout the history of science, but it is interesting to reflect on the reasons why they come back with renewed strength and why they may be relevant to biophysics.

Although reductionism has been tightly bound to science for centuries, it has always found resistance, especially in connection to the study of biological phenomena. From the beginning of the twentieth century, holism (in its different facets) [7, 8] was adopted as the favourite anti-reductionism notion, used mainly to support traditional views in a number of controversies where there was an opposing reductionistic view. This is the case of conflicts like vitalism vs mechanicism and intelligent design vs Darwinian evolution [9]. Reductionism won a dominant position with the advent of molecular biology (by the mid-20th century), which was seen as a triumph of physicalism: Living matter is molecular, i.e., just another type of chemistry, and as such is assumed to respond to the same physical laws as any other matter in the Universe. This view was accepted naturally among the most developed sciences at the time, physics and chemistry, since they had arrived to their modern state after a long process (from the 17th century) rooted on reductionist ideas of gigantic characters like Galileo, Descartes and Newton. Molecular biology helped to extend that view towards life sciences, being reinforced by a good number of very successful reductionist methodologies, including techniques for biochemical analysis, gene cloning and molecular structure determination. Francis Crick, in a pick of excitement about this scientific revolution, named it new biology [10].

Hence, we are reductionists! Should we care about that, to the point that we might consider it a shame, or a sin (as Dawkins puts it in “The blind watchmaker”) [9]?

After half a century of flourishing development of molecular biology some of its inherent weaknesses started to pop up: In vitro biochemical studies in controlled and very well defined conditions, highly resolved structure determinations, super-resolved imaging up to the nanoscale, single molecule manipulation and sophisticated molecular simulations are all able to provide a rich mosaic of astonishing unprecedented observations. But each of them is constrained by still unavoidable limitations imposed by methodological requirements and mandatory scale or solution conditions, all of that hampering extrapolations to relevant biological contexts. Moreover, all these individual studies suffer from some kind of partiality and disregard for many (if not most) possible interactions that define real biological systems, which although unpredictable, happen to be essential.

Some responses to these well-known limitations of biochemical and biophysical studies have been to increase their complexity and pluridisciplinarity, and nowadays they are often based on collections of multiple techniques and, if possible, including also in vivo observations. Multi scale and multi technique studies under variable conditions increase the relevance of results and the reach of conclusions. However, none of these efforts alone guarantees the comprehension of complex biological phenomena and the reputation of reductionism remains damaged. Even if biophysical studies are directly performed in life cells or organisms, they are still constrained by laboratory conditions and peculiarities of the chosen life-sytem model, which precludes successful extrapolation to real life cases, specially if they are of a different, typically more complex, species (like mice being used as models to investigate human pathologies). Problems of this type are consistently being identified among the current challenges of biomedical research. For example, the “impossibility of reducing biology to chemistry” is blamed for the poor success in some drug discovery programs [1].

Apart from the idea that purely reductionist molecular biology may have reached its limit, some recent literature [1, 2, 16] gives us clues about other concurrent arguments that question the value of reductionism, at least in biology. One of them comes from the impact of epigenetic networks (involving genes, proteins and environmental signals) in shaping the interactive complexity of cellular processes, which escapes the notion of a linear causality, based simply on genes and their products [2]. Instead, life would be ruled by the principle of downward causation, consequence of the complexity of the biological system, which can be enunciated as follows: “The whole determines the behaviour of its parts” [17]. Another criticism to reductionism comes from a renewed view of evolution. Paradoxically, although Darwinian evolution was in the past explained as reductionist [9, 18], in contrast to holistic creationism [7, 8], modern evolutionary biology takes a holistic path that is detached from vitalism and theology and is instead based on the materialistic concept of emergence, that follows from this thesis: “The whole is more than the sum of its parts” [17]. According to this, emergent evolution is a directional, irreversible and progressive source of diversity and complexity that produces unpredictable results [7, 16]. Life (in all its forms, including even protolife) would then be an emergent property of complex (biological) systems, since it can neither be predicted from parts of these systems nor explained from combinations of their pre-existent properties.

The latter view is often presented as opposed to the view of physics, although emergentism is in fact one of the central aspects of the physical theory of complex systems (a subset of systems theory), where the emphasis shifts from the parts of a system to their dynamical organization and mutual interactions, as a way to explain the systems behaviour. This theory was also shaped throughout the 20th century and in the mean time the concept of complexity [17] has gained force in different areas, and very specially in biology. Interestingly, modern molecular biology has contributed to consolidate the idea of biological complexity through developments like genomics, proteomics, interactomics and multiple other omics, all accompanied by concomitant production of piles of big data that are handled with bioinformatic technologies. The omic studies are already detached from traditional biochemical reductionism since they focus on the collective characterization of a complete pool of a certain type of molecules (genome, proteome, transcriptome, lipidome), or a set of molecules related through metabolic transformations or interactions (metabolome, interactome), occurring in a cell, tissue, organ or organism under certain physiological conditions. Although these omes allow to understand particular aspects of the cell function, they are all still partial and thus (alone) cannot capture the emergence of the biological system.

From the need to integrate different omics data and knowledge at the level of a whole system, by the end of the 20th century a new field of study emerged, called systems biology. This new discipline had in fact developed from the 1950s as an application of dynamical systems theory. It came with the promise to provide consistent and seemingly complete (holistic) views about the organism, tissue or cell system [19]. By considering the system as a whole and through extensive computational and mathematical analysis, fed with omics data to build reaction and interaction networks, it aims to model and discover the emergent properties of biological systems. The holistic impulse of systems biology, framed by the new ideas of complexity and emergence, stands today as the most clear contrast with respect to classical biochemical / biophysical / molecular biology reductionism and thus appears as a major contributor to the rise of a new anti-reductionism wave.

We may ask ourselves how much we should care about today’s reductionism vs emergence controversy. Because our reductionist strategies have been, and continue being, quite successful and productive, we may opt for caring little or even caring nothing. However, doing so is equivalent to being satisfied with incomplete solutions to our biological problems, constrained within the limits of our partial objects of study. In most cases that would mean adopting a pure molecule-centric position (characterize the properties and behaviour of the system in an artificial context of study with no concern about its original biological context), which would be more typical of a chemistry approach. There is nothing wrong with that, as it is still a required “piece in the puzzle”, but if we stop at that level we will be renouncing to the aim of contributing to understanding biological function, which should be a must for biophysicists. Instead, we may choose to be aware and concerned about the intrinsic limitations of our reductionist studies and at the same time face the challenge of trying to explain biological function; i.e., trying to unravel emergence even from our reductive position. If we adopt a pure molecule-centric position we will renounce to the aim of understanding biological functionThis may sound naive for those who claim intrinsic inconsistency between reductionism and emergence, although such an incompatibility has been rebutted at least for some cases in physics [20]. On the other hand, classifications as emergent or reducible properties are in fact unstable, since for any given system they are both relative to the scientific knowledge of the moment.

Perhaps a good commend is to follow the lines of a famous statement by the music composer Roger Sessions [21]: “Everything should be made as simple as it can, but not simpler!”, which is believed to be a rewording of an earlier speech by Einstein’s [22]:

It can scarcely be denied that the supreme goal of all theory is to make the irreducible basic elements as simple and as few as possible without having to surrender the adequate representation of a single datum of experience.      — A. Einstein, 1933

Isn’t it true that the composer’s reduction of the scientist complex thoughts yielded much clearer (and poetic) words? Indeed, it was Sessions’ version (credited to Einstein) which became popular, after being mentioned in a book review [23] accompanied with following text: “ – a scientist’s defense of art and knowledge – of lightness, completeness and accuracy”.