A conversation with Peter Palese 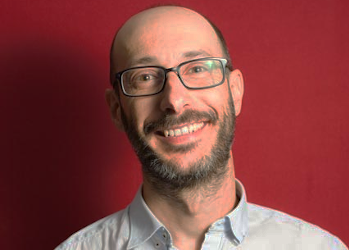 As we have seen in this section, biophysics is a highly interdisciplinary field, capable of merging with many other branches of science such as biochemistry, medical physics, cell biology, microbiology, mathematics, and immunology. Like probably many of you, as a result of this integrative nature, throughout my career I’ve walked the line between biophysics and other scientific areas – in my case specially virology. So, when I was asked to contribute to Beyond Biophysics, I jumped at the chance as it fits right into my scientific interests.

In the past few years, the outbreaks of Ebola, Zika, and other viruses like Dengue and Nipah, have prompted an increase in concern about viral-based infectious diseases. Given the worry expressed by governments, organizations, the mass media, and as a result, by society at large, it seems to be the right moment to focus on what biophysics and biophysicists can contribute to and learn from the investigation of viruses, viral diseases, and their treatment and prevention. To discuss this and other related topics, I had a conversation with prof. Peter Palese, a world-class authority in virology and without a doubt one of the most respected voices when it comes to RNA viruses. 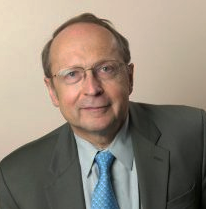 Dr. Peter Palese is Chair of the Department of Microbiology at the Icahn School of Medicine at Mount Sinai in New York City. He is one of the world’s most accomplished virologists, with an astonishing scientific CV that includes more than 400 publications. He established the first genetic maps for influenza A, B, and C viruses; identified the function of several viral genes; defined the mechanism of neuraminidase inhibitors; and revealed that most negative-strand RNA viruses possess proteins with interferon antagonist activity. Furthermore, Dr. Palese pioneered the field of reverse genetics for negative-strand RNA viruses, allowing the introduction of site-specific mutations into viral genomes. This revolutionary technique has proven crucial for the study of the structure/function relationships of viral genes, for the investigation of viral pathogenicity, and the development of novel vaccines. Among other breakthroughs, reverse genetics allowed Dr. Palese and his colleagues to reconstruct and study the pathogenicity of the highly virulent but extinct 1918 pandemic influenza virus (the “Spanish flu”). In recent years, he has focused on the development of a universal influenza vaccine, a tremendous challenge that would (and most likely will, thanks to Dr. Palese’s efforts) provide cross-protection against many influenza strains.

LMG: Traditionally virology, like biophysics, has been an interdisciplinary field. In fact, there has always been a strong interaction between these two areas. There are many examples of this intense collaboration in the study of protein-lipid interactions, membrane dynamics, and ion channels. More recently, the research on intrinsically disordered proteins has also been a meeting point for virology and biophysics.

PP: The discipline of virology is barely 100 years “young” and took its early steps learning about virulent pathogens in plants (tobacco mosaic viruses) and animals including humans (Rous sarcoma virus, poliovirus). In the last fifty years, virology has made tremendous progress by drawing in researchers from many fields. First, it was the area of biochemistry which fertilized virology. A prime example is the discovery of the viral enzyme reverse transcriptase, which was not only a unique scientific breakthrough, helping us in understanding cancer and other diseases, but was also the driving force for an entire industry. Biotechnology, as a major business, would not have happened without the discovery of reverse transcriptase. The discovery of the viral enzyme reverse transcriptase was a unique scientific breakthrough and a driving force for an entire industryA large percentage of new FDA-approved medicines are biologicals and they were made possible by this technological advance. Modern virology has been the driving element for many significant discoveries over the last several decades, just to name a few: Splicing of genes, development of new vaccines, introduction of new antivirals, gene therapy, etc. Most of these discoveries have only been possible by the introduction of sophisticated biophysics-based assays and methodologies.

LMG: Certainly in the short time that virology has become a discipline by itself we have come a long way but, clearly, we still have a lot of work to do. In your opinion, what are the current challenges in virology? And, in which of these can biophysicists participate?

PP: The megatrends in virology concern the appearance of highly pathogenic emerging viruses, the difficulties caused by resistance to antivirals, the increase of the aging population in many parts of the world, the availability of big data and the need for new and better vaccines. Colleagues, who have good training in physics, biophysics and mathematics, may be needed to push along these fields and help in advancing progress. Biophysics will be most helpful in developing in vitro as well as in vivo animal models. Quantitative methodologies are simply de rigeur for modern science and computational biology is here to stay. We, virologists, need all the help we can get!

LMG: A huge effort is underway in the virology community to develop not only new but improved vaccines. You and your team are a great example, as you are working hard on establishing advanced vaccines for influenza. What do you think future vaccines will do, that the current ones don’t?

PP: Viral vaccines have been extraordinarily successful. Just consider the eradication of smallpox worldwide and the major impact of vaccines on diseases such as measles, mumps, poliomyelitis, and rubella. However, we have only a dozen protective vaccines against viruses and there are many many more deadly viruses, against which we have no effective vaccines, among them HIV, hepatitis C, cytomegalovirus, Ebolavirus – just to name a few. Also, some vaccines show variable effectiveness and we would be greatly helped by novel and improved vaccines which would drastically reduce morbidity and mortality associated with infections by these agents. Influenza vaccines fall into this latter category. The current influenza vaccines are better than their reputation, but there is a real medical need to develop safe, long-lasting, highly protective and cheap vaccines against these variable respiratory agents. One approach which, at the present time, is followed up by many different research groups focuses on the design of vaccine constructs which induce a protective immune response against conserved domains in the virus. Such vaccines inducing protection by virtue of eliciting antibodies against the non-variable part of the virus are currently in human trials. It is hoped that they will be effective against constantly changing seasonal as well as pandemic strains.

We have only a dozen protective vaccines against viruses

Much effort is directed towards developing novel virus-like particles for use in vaccines taking advantage of biophysical advances in producing stable and highly immunogenic preparations. Also much work is done improving adjuvants which are dose-sparing and have the capability of dramatically enhancing the efficacy of vaccines in the future. It is highly likely that these novel approaches will change our armamentarium of effective and safe vaccines against many viruses and possibly cancer as well.

LMG: Previously, you mentioned the appearance of highly pathogenic emerging viruses. Indeed, recently we have witnessed Ebola and Nipah outbreaks in Africa and South-East Asia respectively, as well as the spread of mosquito-transmitted viruses such as Zika and Dengue. Do you think these appearances are due to the impact of the human population (global warming, increased mobility at a global scale, and overpopulation)? Or have viruses simply always come and gone and we just happen to have become better at identifying new infections?

Environmental factors may well have been the root of the apparent increase in emerging viruses
PP: Viruses have been with us forever and evolutionary studies have shown that certain DNA viruses including herpesviruses and papilloma viruses have had a long (possibly) symbiotic relationship with humans. Whether some of the newly emerging viruses including HIV, Nipah viruses and SARS are really novel is questionable. In days past the diagnostic procedures were not good enough to identify and quantitate small amounts of emerging viruses. Thus, it is possible that these viruses have been around but have been under the radar – so to speak. Alternatively, these emerging viruses may have formed only recently or have been transmitted from animals to humans not so long ago. The extraordinary increase in agriculture resulting in vast numbers of farm animals as well as the rise in the human population may have increased the chances that large quantities of viruses have replicated and that novel viruses have taken hold in these populations. Also, new mutations may have occurred in these viruses resulting in greater virulence and transmission. Thus, environmental factors may well have been the root of this (apparent) increase in emerging viruses.

LMG: Translational research is a common practice in virology. I believe virologists have done a terrific job transforming basic research knowledge into clinical or industrial applications. What are your thoughts on this matter? What advice would you give to a young biophysicist willing to move from basic to applied research?

PP: Interdisciplinary translational research is the way to go in the future. In fact, there is an understanding that most of the basic research is currently supported by governments and that this taxpayer-funded activity should ultimately be helpful to humanity. Hard science relying on biophysical principles will be needed to continue the extraordinary progress of virology for the benefit of humankind.

To me, talking to Dr. Palese is always enlightening; I feel that his scientific knowledge and his passion for virology are contagious. I hope that reading these lines will inspire some of you as well and, who knows, you may even want to try some virology…

Note Added in proof: This article was written before the recent Wuhan coronavirus outbreak (novel coronavirus, 2019-nCoV, similar to 2003 SARS-CoV), which presently hits China and threats to extend to other parts of the world. The answers given here by Dr. Palese are particularly appropriate comments for this worrying epidemic case.