Over 200 scientists, from nearly 20 countries, gathered in Castellón to discuss the state-of-the-art in Biophysics during three days. They presented nearly 170 communications, 70 of them in Talks and around a hundred Posters in two sessions. As expected, young participants (PhD students and postdocs) were by far the major part of the audience. Their participation was greatly facilitated by nearly 40 bursaries kindly offered by the SBE, the SPBf, the European Biophysical Societies Association (EBSA), the International Society of Magnetic Resonance (ISMAR) and the Biophysical Society International Relations Committee. 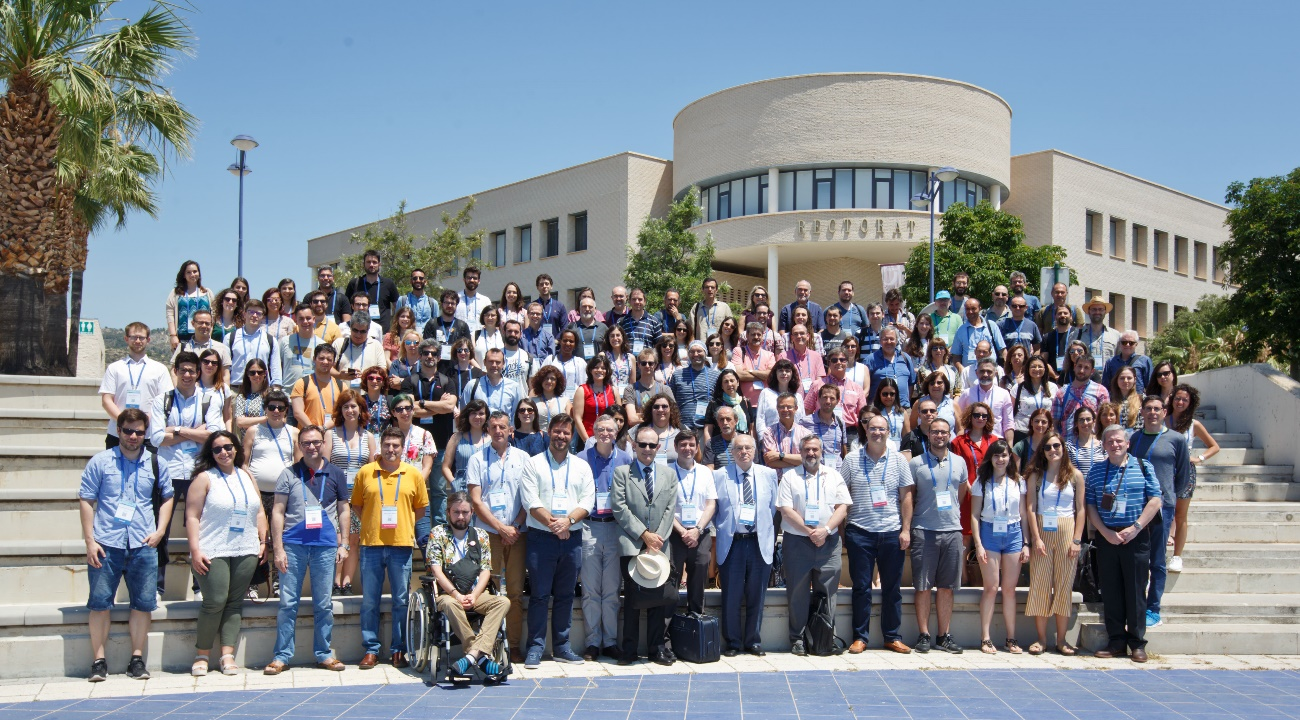 Two satellite meetings took advantage of the IIBC-2018 celebration to attract attendees. On June 19th, Members of the Spanish Ion Channel Initiative had a scientific session in Castellón with a good representation of the groups that form this Scientific Network. Right after the congress, the Summer School MemBiophysics 2018, was held from 25th to 29th June in Oporto, Portugal. The Scientific Programme included six parallel symposia on the second and third day of the Conference, covering the main research topics in Molecular Biophysics. Renowned speakers delivered five Plenary Lectures. Sergey Bezrukov, Jordi García Ojalvo, Rosangela Itri, Celerino Abad Zapatero and Fred Mackintosh stimulated the discussion during and after their talks. The first day was devoted to a special session on New and Notable Biophysics —with speakers selected by their recent outstanding contributions— followed by a new stand alone symposium on Physics in Biology. With this symposium, highly successful looking at the number of abstracts submitted, and with the selection of the Plenary Speakers, we wanted to highlight this year the key role of Physics for quantitative understanding of biological problems, not only focused in the Experimental Methods and Simulation but also, and particularly, on the theory. As some highly reputed biophysicists wrote,

The connection between biology and physics is a two way street. However, the heavy traffic has gone one way. Many tools from physics have been adopted by researchers in the biological sciences. The return traffic, where biological ideas motivate physical considerations, has been less visible.

Three of the plenary lectures focused on this return traffic from different perspectives: diffusional transport of single particles, electrical signaling in bacteria and phase transitions were the topics chosen by the speakers. The RSEF-SBE plenary lecture took a step further in strengthening the ties between the two Spanish societies and attracting towards the SBE physicists who are actually working on biological problems. 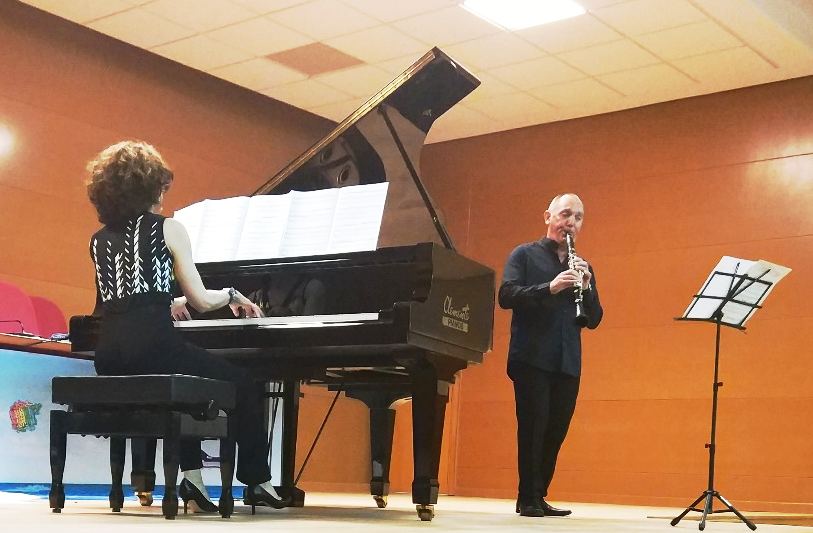 Not all activities were strictly scientific. At the end of the first Symposium, on the very first day of the Meeting, the participants could enjoy a Clarinet and Piano recital, sponsored by the Small Biosystems Lab from the University of Barcelona, performed by two talented Italian musicians, the clarinetist Antonio Amanti and the pianist Patrizia Marcatello. Prof. Félix Ritort introduced the artists and the repertoire: Clarinet Concerto No.1 in F minor by Carl Maria Von Weber; Sonata in B-Flat Clarinet and Piano by Francis Poulenc and Sholem-alekhem, Rov Feidman for Clarinet and Piano by Bela Kovacs. After this relaxing session, there was ample time for networking during the welcoming reception, although some participants rushed to the nearby classrooms to watch on TV the a football match of the Spanish national team participating in the World Cup.

This Congress edition awarded a prize to the three best posters, sponsored by FEBS Letters, Biopolymers and Peptide Science, respectively, and the Imagin’Action prize sponsored by Hamamatsu. There was also an award to the best oral communication presented by a young researcher member of the SBE or SPBf, offered by the Luis de Camoens Chair of the University Carlos III of Madrid, together with Banco de Santander and Ramón Areces Foundation. Three SBE awards (Bruker-Manuel Rico, Enrique Pérez-Payá and SBE-33) and the SPBf award to the best Young Researcher recognized the scientific trajectory of four outstanding researchers in our field, who delivered their talks in the Awards Symposium on Friday 22. During the closing ceremony, the SBE payed a warm tribute to one of his members, Prof. Carlos Gómez-Moreno, from the University of Zaragoza, for his long scientific trajectory and contributions to the advance of Biophysics in Spain.

As Chair of IIBC-2018, I would like to thank all participants in the Meeting. In particular to the chairs of the sessions, who selected an excellent list of speakers for their respective symposia. All of them contributed to setting high standards in the scientific level of the Meeting. Also the collaborative effort of all members of the Laboratory of Molecular Biophysics in Universitat Jaume I was essential the preparation and development of the Congress. In addition, I would like to thank ALÓ Congress SL, for their support with logistics, Technical Secretary and Website of the Congress. Last, but not least, I could not forget to mention SBE and SPBf for their support and Universitat Jaume I for the use of its facilities. There were several Institutional and Commercial sponsors that made possible the celebration of the Meeting. I am deeply grateful for their economic support: Generalitat Valenciana, Ministerio de Ciencia, Innovación y Universidades, UJI, Small Biosystems Lab, EBSA, ISMAR, Biophysical Society, Cátedra Luis de Camoens UCIII (B. Santander and Areces Foundation), Nanion, Wyatt Technology, Dynamic Biosensors, Elsevier, iesmat, LabClinics, NanoTemper, Hamamatsu, Lasing, Paralab BIO, AntalGenics, PrimaDerm, BCNPeptides and Bruker.