Are we ready for Plan S? 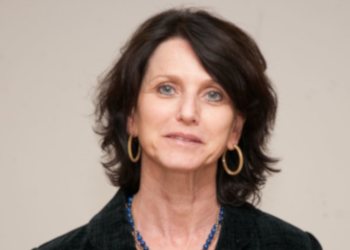 Academic publications reporting research advances, which have been obtained with the support of public funds, should be readily and freely available to the community and allowed to be used without restriction. Very few researchers, if any, would disagree with this basic concept given that it represents one of the fundamental principles underlying science and humanities progress. By and large, this is what “Plan S” expects to achieve by the beginning of 2020.

Plan S was launched in September 2018 as an initiative of the European Commission’s Open Access Envoy, Robert-Jan Smits, to push the publication of scientific (including humanities) research towards a completely open access mode. Currently, a large fraction of research results –with differences across scientific domains– are unfairly retained behind pay-walls and often available only to members of institutions that can afford to pay expensive subscriptions to journals. Moreover, timing of accessibility to publications is rather variable because publishers impose different embargo’ periods before allowing authors to making articles freely available through a repository. The option taken by a subset of journals –mainly established in recent years– of publishing in full open access guaranties that manuscripts become freely accessible from the moment of publication, without embargo periods. Unfortunately, this is again often highly expensive and is currently only at reach of institutions and research groups that can afford it. Furthermore, among other principles (see ref. [1] for full description), Plan S considers as non-compliant the model of publishing adopted by many other journals, in which articles can escape embargo periods by paying for gold open access (hybrid model). Finally, there are journals and platforms that are cost free for both authors and readers –the so-called platinum open access journal– in which costs are met by sponsoring organization; but, as far as I know, the list of these journals is rather short, at least in the life sciences domain.In the current publishing system, the use and reuse of a large fraction of the published information is limited by copyright agreements, set for the benefit of the publishers

In the current publishing system, the use and reuse of a large fraction of the published information is limited by copyright agreements that are set for the benefit of the publishers and not, for example, of the authors or the institutions they belong to. Plan S also expects to tackle this issue by requiring that publicly funded authors (or their institutions, depending on the jurisdiction) retain their copyright and publish under a Creative Commons Attribution license (CC BY). This type of licence maximises research benefits because it implies the right to reuse, modify, and redistribute the information and, at the same time, requires that credits must be given to the authors in the terms that they establish. This means that the so-called green open access publishing system will often not be acceptable in Plan S. Indeed, in green open access, authors are allowed to make their work freely available, for example, through institutional repositories or similar platforms, but many legacy publishers require the transfer of the copyright agreement and limit the use and reuse of published results.

Although Plan S has just a few months of life its roots date back to the 2003 Berlin Declaration [2], when representatives of researchers and granting agencies openly formulated the need of regaining the right (and I believe it is a right) of determining the rules for scientific dissemination. Thereafter, progresses have been slow until 2016, when the EU Competitiveness Council, composed of Science and Innovation Ministers or equivalent Secretaries of State, placed 2020 as the date for implementing immediate open access for the publication of research data obtained with public funds. The nominated Special Envoy on Open Access, Robert-Jan Smits, then set the basis of Plan S, which was further developed by the president of Science Europe (an association of research funding and research performing organisations to which, for example, the Spanish CSIC belongs) and has been adopted by the cOAlition S alliance. This alliance includes a growing number of European and non-European funding bodies, which are actively working towards the implementation of Plan S.

Many funding bodies have expressed their support of Plan S. This is the case, for example, of the European Research Council – ERC, although the ERC has not joined cOAlition S. Since its foundation, the ERC has considered as part of its mission fostering open access publication for the research output of its grantees. Initially, grantees were strongly encouraged to have their manuscript available in open access. With time, the suggestion turned into an obligation that grantees and their institutions acquire when their contract is signed. Thus, in the latest calls, the ERC requires that manuscripts resulting from its support are deposited at the time of acceptance or publication in a repository for scientific publications, eventually accepting an embargo period of a maximum of six months (12 months for social sciences and humanities) before they are made openly accessible. There is also a pilot for exploring a similar requirement for research data deposition in open access repositories (for more information see [7]). Therefore, the current ERC policy does not fully match the requirements of Plan S. The ERC Scientific Council, composed of scientists from different disciplines, is currently actively debating Plan S. An ERC representative participates in the task force that is discussing its implementation, taking into account the feedback that a large number of stakeholders, including funders, libraries, scientific societies, publishers and many individual contributors have provided through an open call that closed in the first week of February [8].

The Spanish national funding agencies have not adhered yet to Plan S, very likely because of the concerns raised by the costs that Plant S may imply. Indeed, Plan S indicates that funders, universities or research institutions, but not individual researchers, will be responsible for covering the fees of open access publication. In a recent interview that appeared in the national press, the current Secretary General for the coordination of scientific policies stated that the Ministry for Science, Innovation and Universities is currently evaluating whether to join cOAlition S, but research budget is a major limitation [9]. I cannot but agree. Governmental support to open access publication will require an initial dedicated budget, which on the long run could be recovered from saving on expenses to journals’ subscriptions. In the present situation, trimming the already very limited funds dedicated to the Spanish national projects is not an option, because it will impoverish even further the current resources, with likely irreversible consequences for the generation of competitive research.

Plan S states that scientists should be able to publish their work open access even if their institutions have limited means. Can different countries appeal to this principle?Unfortunately, if the Spanish national funding agencies do not join cOAlition S, the Spanish researchers will loose a great deal. Their research will be less visible than that of other European colleagues not subjected to embargo periods. Most Spanish laboratories lack the economic power to subtract from their research budget what is the equivalent of three months’ salary of a technician or a graduate student, for publishing in open access. With the current shrinking of laboratories’ man power –for both economical and contractual reasons– I will opt, like many other colleagues, to sacrifice visibility. As a predictable outcome, there will be a further separation between the very few financially potent groups and the rest of national scientific research. This unbalanced situation will likely and mainly impact in young scientists, given that they will start their independent groups with a significant disadvantage over their European colleagues. This disadvantage will then trigger a down spiral, preventing them, for example, to be competitive in ERC starting or consolidators calls.

Spanish universities and research institutions such as the CSIC or the ISCIII could assume the cost of Plan S and support their researchers, but this will not prevent increasing differences across the country. Spanish universities receive support from their communities and therefore policies and economical power are not uniform across the country. Richer universities may be able to assume the cost of Plan S, others not, thereby sacrificing the visibility of their researchers. Many CSIC research institutes are joint ventures with local universities. If some universities follow Plan S, what will be the policies in these mixed centres? To my knowledge, there is no publicly available information on the CSIC position on Plan S, although I expect its full support, given that the CSIC belongs to Science Europe and Science Europe is behind cOAlition S. Will CSIC financially support Plan S implementation among its researchers? I am confident that a clarification will come soon. In the meantime and without the willingness to invest much more in science, I, sadly, have to conclude that Spain is not ready for Plan S. Nor are a number of other EU countries, in which, for example, research freedom is in danger, placing open access publication, at best, in a secondary position. Plan S states that scientists should be able to publish their work open access even if their institutions have limited means. Can different countries appeal to this principle? Does cOAlition S have a plan to implement this statement?

Will we be able to change our mentalities and judge research results with other parameters?My reservations about Plan S implementation are not limited to the predictable lack of Spanish institutional support but extend to the scientists’ reaction to its principles. Biomedical researchers – and I refer to them because they are the ones that I know best- are unfortunately very much used to trust or appreciate research achievements according to the venue in which the research is published, rather than on their own merit. If immediate open access publication is mandatory, many of what we consider top journals will no longer be venues of choice, unless these journals change their policies. Will we be able to change our mentalities and judge research results with other parameters? Of course, we can easily determine new journal rankings and apply those instead of the current ones. In a true optimistic view, Plan S would be a great opportunity for reassessing our scale of value in research. This might be particularly important for young researchers, whose interest in a project is often strictly linked to the expected benefits, measured by their position in the authorship list of the related publication. However, I do not entirely blame them for this attitude. Indeed, they have grown up with the current rules, in which academic positions, for example, are too often assigned on the basis of the number of publications in high impact factor journals. Changing this mentality is a question of time in many senses, including that of starting to read the publications of the researchers we evaluate or want to hire, instead of simply looking where their work is published. Will we be able to achieve that by 2020? I doubt it, but I hope that Plan S will be a reason to reassess our position towards research evaluation.

In conclusion, the Plan S initiative is conceptually important and I expect that, at the end, it will bring a refreshing spirit on the current mode of scientific publications and their relative value; we should be ready to take full advantage of it.