Playground for interdisciplinarity and meeting point for science and society 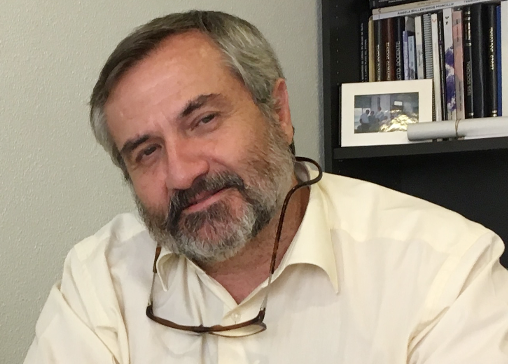 What is a Scientific Society? For many people this question may evoke classical pictures of a time when famous scientists defended their innovative studies in front of distinguished colleagues. Images like that represent historical sessions of the pioneering scientific societies that flourished since the XVII century. The Royal Society of London for Improving Natural Knowledge, simply known as the Royal Society, is a good example of them. Founded in 1660, it is considered the oldest scientific society in the UK and one of the oldest in Europe. In 2011, the Royal Society deservedly received the “Principe de Asturias” Prize on Communication and Humanities, being its current President the outstanding biophysicist Prof. Venkatraman Ramakhrisnan, who was awarded Nobel Prize in chemistry in 2009 for his seminal work on the structure of the ribosome. 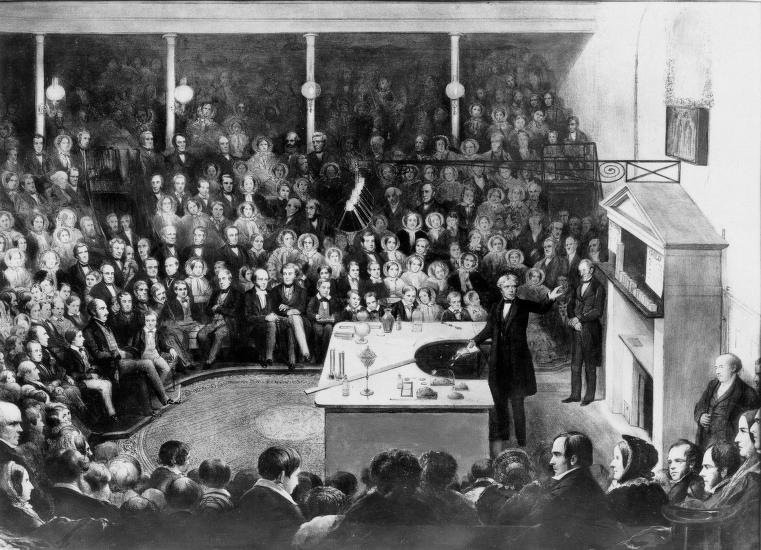 Michael Faraday delivering a Christmas lecture at the Royal Institution (1856).

Since their creation, the scientific societies have played a crucial role in spreading knowledge, both, regarding discussion and confrontation of novel theories and findings within the scientific community, and regarding the transfer of knowledge to the society in general. In the old years, there were few, if any, alternatives to consolidate and spread scientific research and knowledge. Thus, scientific societies started very early to create and support scientific journals, many of them still existing today. Soon, the societies also took the responsibility to organize periodic meetings and congresses, which continue being the basis for discussion and spreading of novel knowledge in all fields.

But, are these seminal roles of societies still important today?

We need the reference of a permanent and meditated meeting point for scientists, as well as for the encounter between scientists and the general publicModern scientific communication and publishing has changed enormously, just during the latest few decades. The journals sponsored by societies (classical or new) nowadays coexist with a long list of new journals. Many of them are controlled by powerful and influential editorial groups, which operate outside the scientific societies and constitute the nucleus of a huge communication business. A lucrative business is also moving around the largest scientific congresses, which have now grown to reach a planetary scale. On top of that, a range of new digital technologies, with internet and the social networks at the front, allow a practically instantaneous worldwide diffusion of data and knowledge. In this context, one can wonder whether scientific societies still keep playing such an important role as in the past. What should be the goals of a modern scientific society, in particular a relatively small, national and specialized one like the SBE?

In my opinion, even in the current extraordinarily dynamic context, we need scientific societies in general, and the SBE in particular, to play a reflexive but still crucial role. In fact, perhaps more than ever, we need the reference of a permanent and meditated meeting point for scientists, as well as for the encounter between scientists and the general public. This meeting point must contribute to abolish the many barriers that the excessively compartmentalized structure of Spanish science imposes to modern research.

Implementing effective interdisciplinarity is a huge challenge. We need to support interdisciplinary education and training policiesLet’s apply the activity of SBE to promote an unlimited crosstalk between biologists, chemists, physicists, engineers… And let’s do that with the goal of understanding fundamental problems which are important for people, concerning health, food, environment and general wellness. Science today has to be truly inter- and multi-disciplinary, or it will have no relevance. Although this is in principle an intrinsic property of the biophysics field, we know that the implementation of effective interdisciplinarity is a huge challenge. To start with, we need to support interdisciplinary education and training policies, to aid our young people to progress in a less and less compartmentalized world. This transdisciplinary vocation and compromise must constitute a foundational and unalienable character of our SBE.

New challenges, a long way to go and very important and unavoidable responsibilities. The Spanish Society of Biophysics is a young, modern and dynamic scientific society, which will know how to respond to the demands of this XXI century.