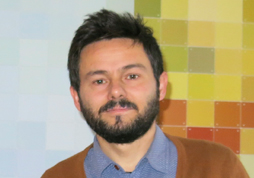 Genes are us. Our genes tell us about our past and our present. Even more, as the role of genes in the processes of aging, health and disease becomes ever clearer, genes may eventually allow us to predict our future.

Text books, and the Wikipedia, describe Genetics as a field of biology focused on studying the genes, heredity, and genetic variation in living organisms. So, Genetics is a broad research field, which intersects frequently with many of the life sciences. An important intersection is with the field of Biophysics. In the last decades, it has become clear that to fully understand Genetics it is important to acquire quantitative knowledge about the cell behavior, chromosome organization and dynamics, and DNA metabolism (among others).The structure of DNA was a great watershed and arguably one of the biggest contributions of Biophysics. This is where Biophysics, as a bridge between the complexity of life (Biology) and the simplicity of physical laws (Physics), comes into play. Genetics and Biophysics have enjoyed a passionate relationship already for more than 60 years. The passion has not faded away; instead it has grown steadily with time.

Experiments in the 1940’s showed that genes are made of deoxyribonucleic acid (DNA). How such a simple chemical could be the molecule of inheritance remained a mystery for more than a decade, until the DNA structure was finally described in 1953. The structure of DNA was a great watershed and arguably one of the biggest contributions of Biophysics. It showed a simple method for replication and how simple variations on a single chemical could generate unique individuals and perpetuate their species. The establishment of the basic patterns of genetic inheritance, together with a focus on new model organisms such as viruses and bacteria, marked the transition to the era of Molecular Genetics.

The iconic landmark of the discovery of DNA structure in the mid-fifties established already the fundamental basics of the biophysical research field: A bunch of scientists from multiple ‘classical’ disciplines; Chemists, Physicists and Biologists, whom using physical laws and techniques, look for principles that describe patterns in Biology. Since then, Genetics and Biophysics have maintained an ever-increasing, joyful, and committed relationship. Using techniques, initially developed by physicists such as microscopy, spectroscopy, electrophysiology, single-molecule manipulation methods and molecular modelling, biophysicists have shown how DNA serves as the book of life. Inside of cells, genes are opened, closed, copied, edited, read and translated just like phrases and pages from books. The translation leads from DNA to proteins, the molecular machinery of life.

Till death do us part

Much of the current biophysical research in Genetics involves the application of ‘classical’, and the development of novel, techniques to study DNA, RNA and proteins in crystals, in solution, in cells, and in organisms. Fluorescent imaging techniques, as well as electron microscopy, x-ray crystallography, NMR spectroscopy, atomic force microscopy (AFM) and small-angle scattering (SAS) both with X-rays and neutrons (SAXS/SANS) are used to obtain information about the electronic structure, size, conformational changes, polarity, and modes of interaction of genes and their products. 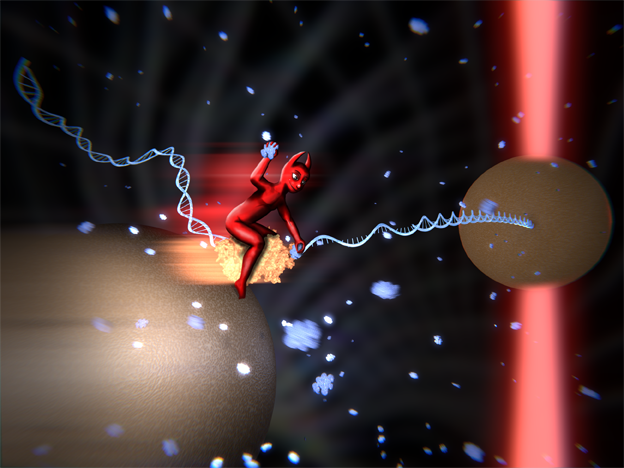 Figure 1. Maxwell’s demon controlling the stepping of a DNA polymerase molecule. In real DNA polymerases, binding of the next correct nucleotide plays the role of Maxwell’s demon, by pinning the fluctuating polymerase in the post-translocation state -and the second law of thermodynamics is certainly not violated (Morin, et al. Nucleic Acids Res. 2015, 43:3643).

Just as an example, recently, McIntosh, J. R. et al., (Cell, 2008, 135: 322–333), provided a high-resolution look at the ultrastructure of the kinetochore–microtubule linkage. Using electron tomography these authors reported direct evidences about the mechanism coupling tubulin dynamics to chromosome motion during mitosis. In addition, recent advances in single-molecule methodology have made possible to study the dynamics of individual enzymes and the mechanical processes that govern their operation at the molecular level. For example, the laboratories of Steven Block (Stanford University), Vincent Croquette (CNRS-Paris) and Carlos Bustamante (UC Berkeley), among others (including our lab, see Figure 1), have used optical and magnetic tweezers to determine the coupling between the chemical and mechanical processes that govern the operation of the molecular motors involved in the faithful replication (DNA polymerases), transcription (RNA polymerases) and translation (Ribosomes) of the genetic code. All these classical and novel biophysical techniques are currently allowing researchers to access the ins and outs of genetic processes, which now can be understood quantitatively through statistical mechanics, thermodynamics and chemical kinetics.

In sickness and in health

Future interactions between Genetics and Biophysics, as well as other disciplines, will transform medicine from a matter of serendipity into a rational pursuit grounded in a fundamental and quantitative understanding of the mechanisms of life. Genomics will boost the advance of Molecular Biophysics into the practice of medicine. As the molecular foundations of diseases become clearer, we may be able to prevent them in many cases and in other cases, design accurate, individualized treatments. Genetic tests will routinely predict individual susceptibility to disease. Diagnoses of many conditions will be much more thorough and specific than now. New drugs, derived from a detailed mechanical and dynamical understanding of common illnesses at the molecular level will target molecules logically. Thanks to a fierce interdisciplinary research, decades from now, many potential diseases may be cured at the molecular level before they arise. With knowledge comes power and with power comes choice, allowing us to dream with a future where genetics is no longer destiny.

All these changes aren’t likely to come quickly. It will take a long time to understand the human genome. In this regard, biophysical techniques such as single-molecule imaging and single-channel electrophysiology played a crucial role in the development of next-generation sequencing (NGS) methods. The applications of NGS seem almost endless, allowing for rapid advances in many fields related to the biological sciences. Resequencing of the human genome is being performed to identify genes and regulatory elements involved in pathological processes. NGS has also provided a wealth of knowledge for comparative biology studies through whole-genome sequencing of a wide variety of organisms. Additionally, gene expression studies using RNA-Seq (NGS of RNA) have begun to replace the use of microarray analysis, providing researchers and clinicians with the ability to visualize RNA expression in sequence form. These are simply some of the broad applications that begin to skim the surface of what NGS can offer the researchers and clinicians. As NGS continues to grow in popularity, it is inevitable that it will increasingly shape the practice of health care over the coming decades, as well as shed light on many of the mysteries of biology.

In summary, Biophysics looks for principles that describe patterns. If the principles are powerful, they make detailed predictions that can be tested. Therefore, the interdisciplinary research field of Biophysics will provide an increasingly amount of knowledge to fully understand the complexity of Genetics. With knowledge comes power and with power comes choice, allowing us to dream with a future where genetics is no longer destiny.