Biophysics and the war on cancer 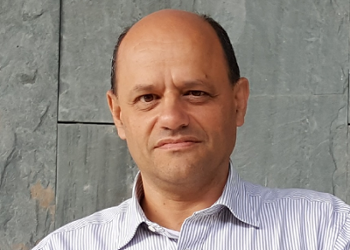 It was in 1971 when President Nixon signed The National Cancer Act to increase USA efforts against tumor diseases by boosting the resources dedicated to cancer research. For some people the results in terms of reducing the mortality rate have been disappointing, while others value the increase in our understanding of cancer biology, risk factors, treatments, and prognosis of certain types of tumors. Nowadays about 50 % of cancer occurrences are curable by a combination of surgery, radiation and chemotherapy, but others remain largely incurable, like pancreatic cancer. One of the major obstacles is the heterogeneity of this malignancy, both at the global (there are more than one hundred types of cancer) and at the local level (like the genetic variability in the cells of a single tumor).

Biophysics supports many of the efforts to understand and cure cancerWhere does biophysics lie in the war on cancer? As an inter-, cross-, multi-, pluri-, trans-disciplinary research activity (choose your favorite), biophysics supports many of the efforts to understand and cure cancer. Molecular imaging, for instance, is an application to biosystems of different phenomena belonging to the realm of physics (fluorescence, radioactivity, NMR), which help in the detection and monitoring the progression of tumors, as well as in fundamental cancer research. The recently deceased molecular biologist Sydney Brenner once said that the fundamental object of biological research is the cell. Cancer arises from the aberrant behavior of cells, proliferating without control and disrupting tissue organization. Malignant cells create their own signals for sustained growth and duplication and transmit them through proteins by signal transduction cascades in a two-way communication between the extracellular matrix and the cell interior. Today it is possible to do single cell genomics and transcriptomics, and perhaps single cell proteomics will also be possible in the future. But it is already feasible to measure biophysical properties of single cells, like stiffness, as observed by atom force microscopy. Cancer cells are less stiff (more deformable) than normal cells due to reorganization of the cytoskeleton, which consists mostly of actin filaments and tubulin microtubules. A high level of deformability aids cancer metastasis, allowing tumor cells to detach from a primary tumor and squeeze through stroma, penetrate blood vessel endothelium, survive the circulatory system, and eventually, successfully reach a secondary organ for colonization. Cancer cell migration away from the primary tumor is driven by physical interactions between cells and the surrounding extracellular matrix, and the strength of these interactions play a role in regulating cancer cell migration.

At the molecular level, the structure of protein complexes is indispensable for a comprehensive understanding of the mechanisms that govern cellular processes, many of them deregulated in cancer. Three main techniques exist today to study these structures at high resolution: crystallography, cryo-electron microscopy, and NMR. The three of them provide the average structure over large numbers of molecules, and can be applied to biomacromolecules inside living cells. Protein crystals inside single cells have been analyzed by serial femtosecond crystallography enabled by X-ray free-electron lasers, complexes can be observed by cryo-electron tomography inside cells, and the emerging in cell NMR is able to monitor the structure, ligand binding, and the phosphorylation of proteins. An electron microscopy methodology already exists for imaging whole cells in liquid, in order to study protein function inside cells in a state as close as possible to the native one.The overall degree of disorder is two-fold larger in human cancer-associated proteins than in other protein categories

A remarkable feature of the eukaryotic proteome is the abundancy of intrinsically disordered proteins and of long disordered regions in folded proteins, as compared with prokaryote proteomes. Furthermore, the overall degree of disorder is two-fold larger in human cancer-associated proteins than in other protein categories, indicating that disorder plays key roles in cell signaling, where coupled folding and binding is a common mechanism. Strong binding may however involve little ordering, resulting in high affinity fuzzy complexes, as observed by NMR. Disordered proteins typically have low complexity sequences and may undergo liquid phase separation at high concentrations. Macroscopically this can be observed as the spontaneous formation of droplets from a miscible solution resulting in the coexistence of dense and light liquid phases. Some membraneless organelles (like Balviani bodies in dormant oocytes) are largely composed of intrinsically disordered proteins that phase separate from the aqueous interior of the cell and sequester other cellular components.

Biophysical studies on the complex systems sketched above, increasingly focused on whole cells or cell representative media, will contribute to our understanding of cellular processes and to the fight against cancer. The ultimate success in this fight concerns medicine, working together with many other disciplines. Among them, biophysics has the important role to help achieving the necessary knowledge about the appearance and development of malignant tissues at cellular and molecular levels, that can allow to uncover weaknesses of these tissues to guide strategies for their destruction.