The team of Editors. 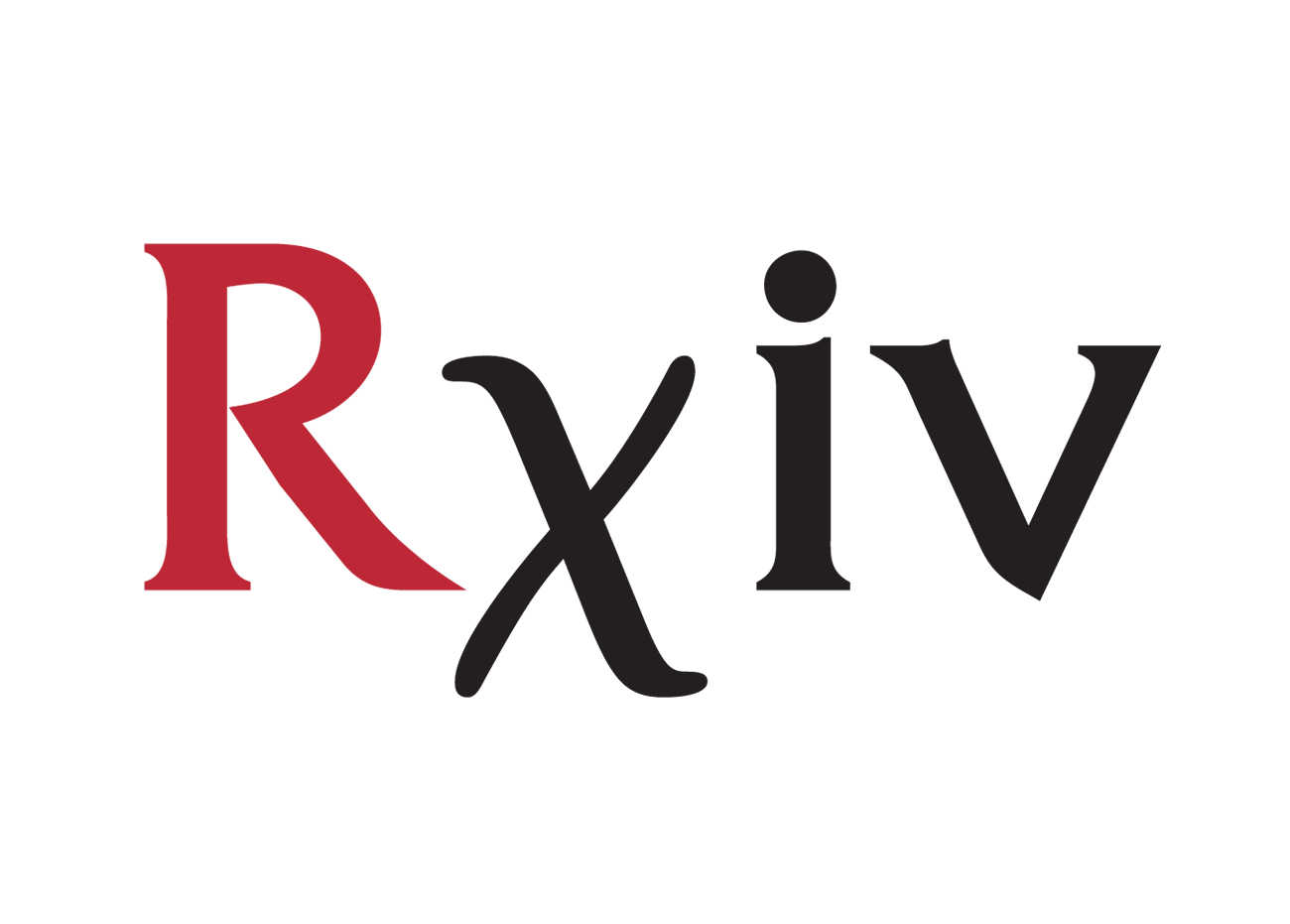 Many scientists feel trapped in a rat race these days. There is very high competition for limited resources and the time devoted to red tape activities is growing and growing. It is hard to get away from the feeling that scientists’ top priority is to secure funding, and that this can only be achieved by publishing papers. Otherwise, you’re out of business. Indeed, we tend to forget that our main goal is instead making discoveries and producing scientific and technical advances. It is certainly true that reporting on our findings, generally in the form of peer-reviewed papers, is a necessary step that contributes to the advancement of science. Publications allow our colleagues to judge the novelty, correctness, and impact of our scientific work, and eventually apply the new findings to the benefit of their own work. Publications also make possible that the scientific novelties can reach the society, which is the ultimate funder of the scientific enterprise.

However, how should scientific publishing be performed? Countless opinion articles and editorials have been devoted to that question, analyzing specific issues such as peer review [1], business model [2], evaluation of impact [3], open access [4] and the role of the new information technologies [5]. Here, we focus on preprints, a form of publication that touches on several critical issues of scientific reporting.

The core concept of preprints is very simple. Preprints are manuscripts that are made freely available, usually through dedicated web servers such as arXiv or bioRxiv, prior to or during peer review. Since peer review is considered the fundamental pillar on which the advancement of science relies, it comes as no surprise that the scientific community does not agree on whether preprints are a good idea or not [6, 7]. Proponents argue that preprinting does not substitute for peer review, but instead is a manner of improving it. Indeed, a majority of preprints end up being published in traditional, peer reviewed journals [8].Top-notch funding agencies are embracing the preprint concept and allowing references to preprints in grant applications
For scientists, there are many potential advantages associated with preprints. A main one is that preprints disseminate results avoiding the time constraints imposed by standard peer review and editorial processes. Moreover, preprints are by nature and definition deposited in electronic format and distributed via the internet, which allows Immediate and unlimited access from anywhere in the world. In contrast, classical publishing of a paper in its final form can take months, if not years. Such slowness of scientific publication can be detrimental for scientists applying for funding or planning to move to a new job. In those cases, preprints can be also advantageous for hiring committees and evaluation panels, as they can get a better assessment of the latest research by the candidates, objectivizing references to submitted and under review statements.

Even in the absence of pending evaluations, preprints can help scientists to keep their spirits high in the long way to publish a paper. Being able to share a brand-new manuscript with the community is definitely a gratifying feeling. Top-notch funding agencies, such as the NIH, the ERC and the Wellcome Trust, are embracing the preprint concept and allowing references to preprints in grant applications [7, 9]. In addition, open access requirements by funding agencies may be fulfilled by posting preprints.

An interesting feature of preprint servers is that they provide direct impact measurements, such as number of abstract views and downloads. Although this novelty could also be used by any other type of publication distributed online, it has specially been embraced by preprint systems, where the free access character increases the statistical significance of text views and downloads. Jonathan Wilde, a postdoctoral scientist at MIT, tweeted recently “Another reason to love @biorxivpreprint: paper got rejected, but looking at the preprint’s metrics and seeing that 1,000 people have viewed and 500 have downloaded reminded me that our work is important and interesting.” Thanks to preprint servers, the assessment of impact does not depend just on the opinion of a few editors, but on metrics that report directly on the interest of the scientific community. Indeed, some editors do check on preprint servers to assess the impact of manuscripts. It is not uncommon that editors invite the authors of a preprint to submit to their journals.

Preprints are also very good to publicize results. Indeed, papers that have gone through a preprint phase gather more citations [6]. Kresten Lindorff-Larsen, a Professor at the Department of Biology of University of Copenhagen, has tweeted: “Yet another advantage of authors posting a preprint is that we can have a journal club on the paper before reviewing it”. That means more students and postdocs will be exposed to the manuscript. Also, many scientists feel attracted by the feeling of novelty and immediacy brought by preprints, so they sign up for general alerts provided by preprint servers. This way, they can come across interesting findings that may have gone unnoticed otherwise.

A preprint can also be used to gather pre-submission feedback. Scientist can easily distribute preprints to colleagues in the quest for feedback – a nice strategy if we consider that those colleagues may also end up acting as reviewers for a traditional journal. Proponents argue that the preprint system can improve the overall quality of scientific production [10]. Preprint servers enable comment tools to favor discussion, although the system does not seem to be popular among scientists yet. Instead, controversial topics usually trigger publication of several preprint articles, an indication of what could be expected in the future for most fields. There is a growing interest in post-review strategies and preprints seem to be an effective way to have papers reviewed by many peers, and not just the three reviewers picked by an editor. There are even initiatives, such as Peer Community, to integrate preprinting and peer-reviewing and release formal recommendations by distinguished scientists.

Although the preprinting system has been used by the Physics community for almost 30 years now, fields such as Biology and Medicine have just started to experience it and many in these latter fields are reluctant to preprints [6, 8]. In these very competitive fields, the concerns that posting preprints can increase the risk of being scooped are common. As a matter of fact, posting a preprint is like talking about unpublished results in a conference attended by (potentially) the entire world population. The manner to handle the scoop frighten is evolving. Some journals like those published by EMBO are offering scooping protection to preprint manuscripts by accepting publication within a reasonable time since preprinting, even if another paper is published in the interim [8]. Indeed, preprints challenge the traditional manner of claiming priority on a finding. Many would agree that reporting a finding in a preprint sets the priority on the finding. 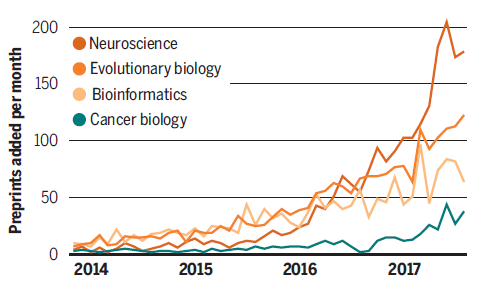 Figure 1. Per month preprints of articles from biology related fields. The number of posted preprints has increased considerably over the last few years. Data and graph by Jordan Anaya (PrePubMed). Adapted from reference [8].

Another major concern, especially in the medical sciences, is that fully citable preprints may decrease the quality of scientific literature [6]. Is it OK to make publicly available prior to peer review results that can impact clinical practice? Again, this is an ongoing discussion [6, 7, 10], but several leading medical journals, such as The New England Journal of Medicine, do not currently accept manuscripts that have been posted as preprints. Also, there is concern that the media can feed from preprints as if they were peer-reviewed articles, potentially providing misleading or inaccurate information to the general public [11].

Available data suggests that preprints are here to stay. The scientific community is just adjusting to this reality. Top funding agencies and philanthropists such as the Chan Zuckerberg Initiative are formally supporting the movement [8]. The last years have seen a sharp increase in the number of posted preprints and the prediction is that figures will grow even more over the next few years [8] (see accompanying Figure). In this context, it will be interesting to see whether the medical sciences find suitable preprinting strategies. As of today, many scientists feel at risk of being scooped when posting their first preprint. To them, here are some reassuring words from NIH Director Francis Collins “I’ve yet to see any instance where somebody was harmed by that early reveal of the work that they’re doing” [8].