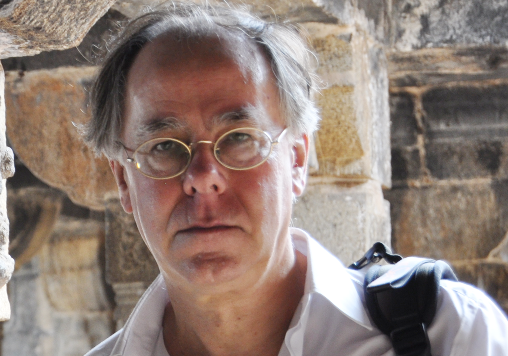 Iberia and Biophysics, two beautiful words: one from classical geography of Greek origin, and the other describing our scientific activity, which attained visibility in the second half of last century… In contrast with the imagination of Saramago (in the book “The Stone Raft”), well-known in all the Peninsula, the activity around Biophysics, is in an excellent moment, but certainly strongly connected to the continent, not drifting into the ocean.

Scientific Societies are essential to nucleate and promote scientific activity, and in this moment that funding and support to science have been severely decreased in Iberia, we should strongly join arms defending and promoting our activity. The congresses organized by the national Societies, are instrumental in fostering contacts between scientists.

Biophysics is a multidisciplinary subject at the frontier of Science, spanning Biology, Physics and Chemistry, and encompassing many other subjects. We should be proud of being scientists in this area, and we should also attract to Biophysics more researchers who are within this broad definition. It is also our duty to flag up Biophysics as a critical area of Science, and to press for recognition of its relevance, so that Biophysics becomes well supported at the European level.

The origin of the Portuguese Biophysics Society – SPBf, is directly linked to the activities of the Sociedad de Biofísica de España – SBE. In fact, a small number of Portuguese biophysicists (at the time they would not even classify themselves as such!), looking for a scientific family, started to attend the meetings of SBE. The first ones were the “I Congreso Iberoamericano de Biofísica” in Seville (1989), and the “III Congreso de la Sociedad de Biofísica de España” in Madrid (1991). At the Cáceres meeting in 1994, the Spanish colleagues gave them a final impetus to speed up the formation of SPBf. The landmark of the joint cooperation was the “1st Portuguese- Spanish Biophysics Congress”, at Lisbon (1995), and some more meetings followed this first one.

However, this is history, and we should look into the future. Together, both Societies, can potentiate achievements, and focus on several aspects which deserve joint approaches.

Recently, the two Societies signed an agreement on the joint realization of congresses, every two years. On this regard, the contribution of Antonio Ferrer-Montiel, the President of SBE was instrumental. To SPBf, the joint meetings were and will be excellent, enabling a critical mass of scientists for events of high scientific quality. In this way, the relevance of SBE extends much further than the origin and the foundation of the Portuguese Society, reaching to its present activity.

We are one of the few strong regional organizations of Biophysics in Europe. This should be emphasized within European institutions, in a moment where funding for regional/sectorial activities is eventually available. If we have this specific geographical confinement, with no drama about it, since the Iberia is fantastic for living, we should profit from it.

The two societies are strongly linked to Latin-American Biophysics, with connections both at the national level, and directly to the Latin-American Federation of Biophysical Societies – LaFeBs. Science in Latin-America has improved very significantly, namely in countries such as Argentina, which has a longtime scientific tradition, and in Brazil that strongly invested in Science in recent years. Our Latin-American colleagues do not only look towards the USA. They attend European scientific meetings, and have joint research projects with both Spain and Portugal. This is an additional reason for the joint activities of both SBE and SPBf, namely in the participation/organization of Ibero-American meetings.

Within Europe, the North-South and East-West asymmetries are well known, and one of the immediate parameters to evaluate them is the geographical distribution of Marie Skłodowska-Curie Actions. Although Iberia is in a distinct situation as compared to Eastern Europe, the flux of students from the more advanced European countries to Iberia is still very small. This is not specific to our research area, but joint lobby efforts to increase our visibility may be envisaged. And certainly, as Jesus Salgado wrote recently in this Magazine, difficult times are happening in Iberia regarding funding. The situation of excellent researchers in the 30-45 years age range, who are moving away is really problematic. Both Societies are strongly connected to EBSA – the European Biophysics Societies’ Association, and within this organization, coordination with ISE – Initiative for Science in Europe, a strong organization regarding European science policy, is effective.

Also, productive collaboration already exists, connecting groups in both countries, and in some areas such as membrane and channel Biophysics and structural Biology, international recognition and an effective critical has already been achieved. Certainly, this also happens in other areas.

So, here we are, facing new challenges in Biophysics, some of them critical, and living in a beautiful part of the world, Iberia. And we should tell Strabo, who coined this word, to know that the joint efforts of the two societies will be fruitful.

And we will meet altogether at the 5th International Iberian Biophysics at Oporto, on the 15-17 June 2016!