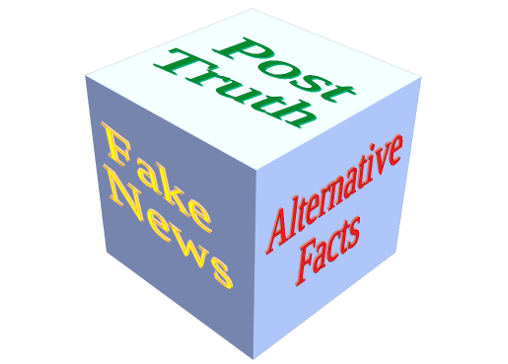 We live in a technological era, characterized by extensive, easy and quick access to information. Years ago, as we contemplated the rise of this new age, a common opinion was that it would contribute to spread knowledge to all layers of society, reinforcing democracy, equality, freedom and justice. Back in 2012 there was a positive general opinion about how internet was transforming our lives, as it was “changing, for the better, the relationship between governments and citizens and increasing the involvement of people in political debate” [1]. At that time we had increasing number of examples in the international scene about the prominent role of social networks in the flourishing of democracy in Tunisia, Egypt, Syria and other North Africa and middle East countries. But only a few years later the debate has made a sharp turn, and it now emphasizes fears and dangers of the potential of modern information technologies to blur reality and even manipulate, massively, people’s opinion, while often serving to obscure interests. Unexpected results on US elections and UK Brexit referendum in 2016 consolidated the compound word post-truth, which was named Oxford Dictionaries’ word of the year [2]. The post-truth concept had been introduced more than a decade before by Ralph Keyes [3] (previous to that, influential assays about the modern use of deceiving / persuading language were published in the 1980s [4, 5]). Meanwhile, we got used to other terms, like fake news and alternative facts, each of them with a particular connotation but all with roots in the same phenomenon.

Post-truth means that there is a strong chance for triumph of weakly based (and even completely baseless) facts. Although this may sound unfeasible, it may indeed have deep connections with human nature. Back in the 1980s the use of inaccurate, and even deceptive speech, had been described as an intrinsic communication characteristic of mankind. On the other hand, idealized (mis-) conceptions, myths, fantasies, supra-natural explanations or conspiracy theories are probably as old as human culture and their intended use in order to manipulate people, with religious, political, economic or other interests, has been common in history. Thus, we might think that post-truth is in fact nothing new and that Science is well accustomed to coexist with it and well prepared to resist it. However, today’s easy access to, and generalized use of extremely efficient tools for global and immediate dissemination of all kinds of information is unprecedented. Needless to say, the positive potential of these modern technologies for the progress and benefit of society, including Science, is unquestionable, but this does not prevent, as it happened before with other technological advances and discoveries, that they may be abused and misused.

The immediacy and brevity of messages in social network media facilitates judgment by motivated reasoning, with emotions dominating over factsIt is, for example, preoccupying to learn, from words of one of the pioneers of social networks, that these platforms were intentionally tailored to exploit vulnerabilities in human psychology [11]. This ability by design of the social networks, which responds to their economic interests (trying to attract your time and attention as much as possible) constitutes a powerful first level of control of the communication process. Eventually, it may be used for the interest of persuaders, whose goal is spreading specific information. Here, the danger is that this second level may use the rules of so called persuasive communication, in which honesty is not the default position [4]. Finally, at a third level, the cycle completes from the side of the individuals who receive the information and re-opens again, multiple times, as these individuals resend the information, potentially propagating endlessly and exponentially. What happens at this third level is crucial to make this a very efficient communication process. The immediacy and brevity of messages in social network media facilitates judgment by motivated reasoning where, especially at short term, emotions dominate over facts [12, 13]. The success is based on the good fit of the whole process with the characteristics of the modern information technologies, as well as the satisfaction of all actors involved: Individuals get rewarded by reaffirming their preexisting opinions and most believed ideas and simultaneously contribute to the initial persuader’s interest by redistributing the information across their own networks, which in turn expands the number of users and consolidates their engagement. Meanwhile, in people’s mind the flowing information enjoys a high level of credibility since it goes within the same framework (the same dominant social networks) used by trustworthy sources of information.

In the post-truth era, we can no longer assume that people recognize the authority of Science as provider and guardian of knowledge and reference for truthFor what most directly may concern Science, an important negative face of post-truth is the vigorous propagation of visionary ideas commonly qualified as pseudo-science, often accompanied by attacks to regular sciences. Best known cases are related to medicine, like anti-vaccine movements, homeopathy or neuro-emotion therapy, which should be taken seriously since their spread relays on discrediting standard medicine and may end up putting the health of incautious followers at risk. Other important examples are different types of denialism that neglect mainstream scientific theories, like refusal to accept global warming, denial of evolution (by creationist and intelligent design theories) or pre-scientific conceptions of the universe (like advocacy of a flat earth and denial of moon landings). As scientists, we may be tempted to neglect this as anecdotic and stick to the idea that most people recognize the authority of Science as the provider and guardian of a corpus of standard knowledge that is the reference for truth. But in the post-truth era this can no longer be assumed. Thus, we are starting seeing pseudo-sciences making their way into University programs, professional societies and mass media, while denialism manages to influence the decisions of important governments. More than isolated episodes, this seems a real threat that concerns Science as a whole since it blurs the frontiers between scientific knowledge and beliefs, creates confusion in society and undermines the arguments and position of Science in its claim for continuing support. How should Science react to that?

Scientists and philosophers should speak up when scientific findings are ignored by those in power or treated as mere matters of faith. Scientists must keep reminding society of the importance of the social mission of science – to provide the best information possible as the basis for public policy. And they should publicly affirm the intellectual virtues that they so effectively model: critical thinking, sustained inquiry and revision of beliefs on the basis of evidence.

This statement calls for a novel task of Science that we should be prepared to fulfill. An obstacle for that mission can arise if scientists are taken as part of the establishment that, in the political and social sphere, has become widely discredited. Our first objective should be to reconstruct and reinforce a solid reputation for ScienceWe also have to be aware that recent claims of irreproducibility [14] or news pinpointing problems with plagiarism in academia [15] and weaknesses of peer-review [16] all contribute to erode the image of Science. Thus, our first objective should be to reconstruct and reinforce a solid reputation for Science, in a process that should be open and self-critical and also constructive and adaptable. Second, Science should be the solid pillar where people’s thoughts can rest whenever they need to contrast information, acting as a visibly clear and recognizable source of trustworthy knowledge. This should allow room for discrepancy, criticism and skepticism, but not for pure and irrational denialism. And third, Science actors (scientists and institutions) should get involved in the communication of scientific knowledge to society, assuming the responsibility and authority of being experts in a particular field, while adapting their language so that it can be understood by the public. To this end, we should be present where the debates are and where people get informed; i.e., we should disseminate Science using modern information technologies (from wikimedia to social networks). However, we should also be vigilant and keep away from the post-truth traps; in particular, never use persuasive communication while promoting our scientific or professional interests, as well as avoide creating false expectations or giving closed views which demotivate criticism.

Science has been a prominent actor of the technological era. It should now master it for the best of human kind.