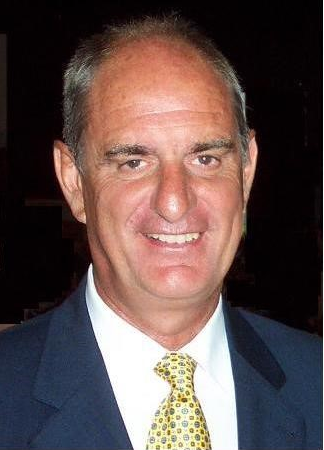 When Carlos Gómez-Moreno assumed his Cátedra (full Professorship) at the University of Zaragoza (1983) he may not have imagined the future of the Structural Biology and Biophysics in this city. This makes us look back to see the very long road that he has travelled and that, fortunately for us, we have in many occasions intensely walked with him. Carlos has lived, and keeps living, by pushing on each of the turns of life to come out in the best possible way; forcing himself to work hard, to make his ideas and actions valuable for all of us.

He did his doctorate in Seville, moving latter to the USA for two postdoctoral periods, first in Ohio and later in San Francisco. As he likes to say:

Four years, two postdocs, two sons, many experiences, much of training, a new vision of life and ideas in science to develop onwards, first in a short period in Granada, and latter, for 35 years in Zaragoza, where I developed most of my scientific life, as well as my family and personal life.

In 1983 Carlos arrived to the recently founded Department of Biochemistry and Molecular and Cell Biology at the University of Zaragoza (DBMCB-UNIZAR), with 35 years, a brand new full Professorship and a test tube containing a sample of Anabaena variabilis, the microscopic organism on which he has been working during all this time. When he came to Zaragoza, he joined a department that was active in two lines of research, metabolism of lipids and cell biology, both of them very different from his own expertise. In this context, he founded his research group with the biological material he brought and with many ideas to elucidate the reaction mechanisms of photosynthetic enzymes. This laid the foundations of Structural Biology and Biophysics at the University of Zaragoza and in the whole region of Aragón, and some of us had the fortune to be there almost from the very beginning. One of us (Javier) joined first, and as Carlos recalls, “he was not only a brilliant student, but also strong and able to handle the 600 liters of cultures that we needed to produce proteins, working long days, if you were feeding him well.” He also attracted to this nascent group a new lecturer in Plant Physiology at DBMCB, Maria Luisa Peleato, and continued with his “psychological” task to convince the rest of us to carry out our PhD under his supervision. In his first 10 years in Zaragoza, Maria Fillat, José Javier Pueyo, Milagros Medina and Teresa Bes, in addition to Javier Sancho, got their PhD in Carlos’ group, and many more scientists came later on. These were the fruitful seeds that he planted for Structural Biology and Biophysics in Zaragoza, since most of us have made our scientific career and created our own research groups in these areas, in many cases remaining at UNIZAR, thus spreading the field in the form of numerous talented Carlos’ “grandsons” and “granddaughters” PhDs, doctorated with us. 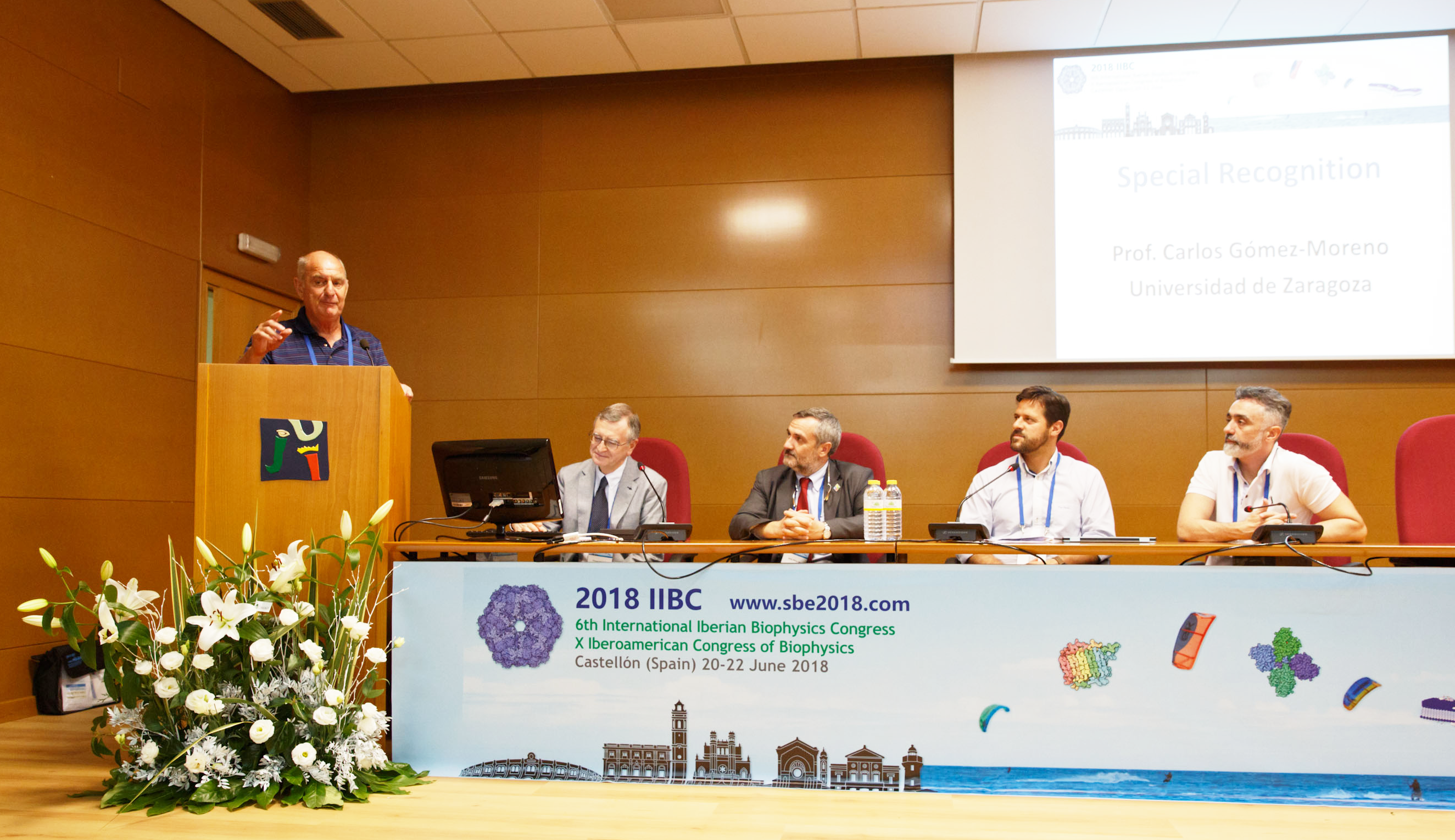 He can also be very proud of having contributed to the development of two biotechnological companies, based in Aragón, that today are selling to hundreds of countries and employing many people trained at UNIZAR. In Carlos own words:

I have fulfilled the main objectives of a University Professor: To educate people, who help improving the living conditions of their territory, through the development of knowledge and entrepreneurship.

But he did not only plant the seeds, he has also remained watering them along these 35 years. From the very beginning he showed us the importance to open up to the world. He started collaborations with different groups in the USA and Europe, which helped us, young people at that time, to visit other laboratories, learn new techniques and meet illustrious scientists; who, in turn, made us realize that our work was relevant. Carlos also showed us that “not everything is abroad.” Indeed, he has been strongly committed with the Spanish science in general, and particularly at UNIZAR and with national Bioscience related Societies. Among them, our Spanish Biophysical Society (SBE) has been very important for him. In fact, as we learnt from Felix Goñi at the 2018 IIBC Congress in Castellón, Carlos was there from the very beginning and he has always transmitted to us the importance of supporting the societies. Thus, since the beginning of our careers he had the grace to introduce us to his/her respected colleagues, in such a sympathetic way that made us feel their respect, support and friendship until today. At the local level, he also contributed to the foundation and development of new research institutes at UNIZAR, particularly, the Institute for Biocomputation and Physics of Complex Systems (BIFI) and more significantly the Institute of Nanoscience of Aragon (INA).

Some of us also have had the privilege to continue working closely with Carlos during the last 25 years, particularly Marta Martínez-Júlvez and myself (Milagros). During this time we implemented fast kinetic methods and other biophysical tools to characterize the mechanisms of interaction between electron-transfer proteins from the photosynthetic chain and also actively worked to obtain X-ray crystal structures from our biological molecules. Always opening new frontiers, more recently, and together with Ana Isabel Gracia-Lostao, Carlos research activity has been primarily aimed at the use of atomic force microscopy for the study of interactions between proteins at the single molecule level.

At the point of slowing down his scientific career, Carlos must be proud of himself, not only because of the many things he achieved in Science, but also because at the same time he has been hard-working, noble, loyal and generous to us. We know for sure that he will keep looking at the future with the same passion and personality that he has shown along his professional life.