A conversation with Víctor de Lorenzo 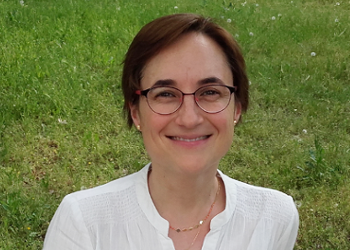 When I was proposed to write on this topic it sounded to me like a wonderful idea, since I thought that Víctor, like me, is a “side effect biophysicist”. In my case, I got into biophysics as a consequence of my interest in molecular biology, proteins and their interactions with lipids. In Víctor’s case, I considered his quantitative approach to microbiology to be highly biophysical. However, what a priori I thought it would be the side effect of a microbiologist, turned out to be an interesting description of microbiology from biophysical and mathematical points of view. 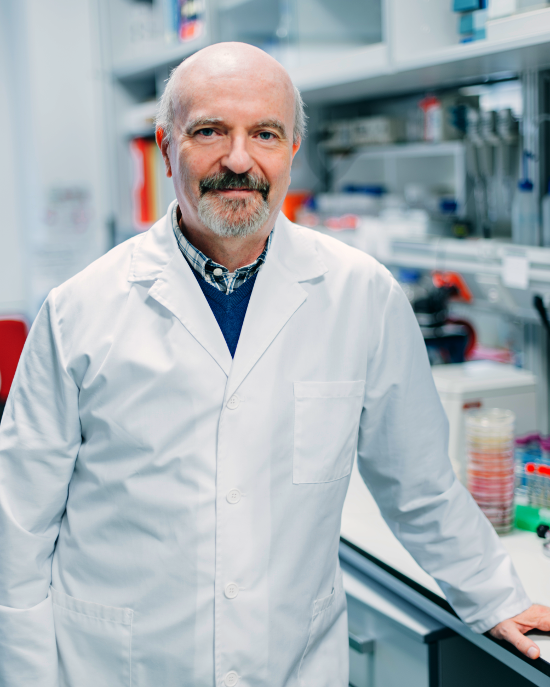 Victor de Lorenzo is the head of the Laboratory of Environmental Molecular Microbiology at the National Center of Biotechnology, an experimental isle within the Systems Biology Department, dominated by theoretical research groups. His laboratory is a mixture of biologists, engineers and network analysts dealing with the domestication of microorganisms for biotechnological purposes, like the elimination or transformation of pollutants by genetic and metabolic modifications of the soil bacterium Pseudomonas putida. Talking with him, one can feel his chemical background as he points out, with criticism, the “absence” of laws and theories in biology: How biology needs to transform from a discipline based on phenomena description to one supported by general rules, standardized metrics and therefore able to make predictions. This is a thought that I completely agree with, as I guess will also agree a majority of scientists from areas like mathematics, chemistry and physics: How tremendously is biology being enriched by their contribution! “Only physics is real science, the others are like collecting stamps”, Víctor jokes, to illustrate his line of thought.

Biology needs to transform from a discipline based on phenomena description to one supported by general rules, standardized metrics and therefore able to make predictions

This new point of view in biology is developing fast now, and Víctor is a perfect example. Genetic engineering has moved from what it was back in the 80s to what it is nowadays: a precise methodology for designing genetic tools in a logical way for multiple applications. In fact, it can be argued that this more systematic point of view of environmental microbiology has prevented it from disappearing, since previous approximations gave results difficult to extrapolate to naturally occurring environments. As it happens in clinical biology, where unexpected results appear when translating hypotheses from simplistic laboratory experiments to living organisms, in bioremediation a multitude of variables have to be considered. These variables involve, not only single organisms, but also their interactions with a widely diverse surrounding population in a changing environment, where physical and chemical properties affect and constrain their behavior.

Systems biology emerged from the application of network theory to biological processes and became a new conceptual framework for understanding biology, playing an essential role in describing its complexity, by defining behavior patterns and finding logical connections in biological processes. Even today, when the rate of published scientific results is overwhelming, biology still needs to convert vast amounts of information from particular cases to either integrated or transferable ones. Hand in hand goes synthetic biology, which applies similar strategies to modify and create new functions in life. Víctor pioneered this technological handling of microbiology and proudly recalls the first European workshop organized in Spain in 2005 (Constructing and deconstructing life). However, more than thinking of complexity, he pursues optimization through simplification by a systematic genetic manipulation of microorganisms. In contrast to the paradigmatic goal of synthetic biology, that is the creation of an artificial living cell from scratch, he sounds more pragmatic: “Better if we take advantage of millions of years of evolution to our benefit by modifying and controlling already living organisms”.

Besides the Evolution Theory and the Central Dogma, what else do we have?

He is very enthusiastic with this new concept of biology. “Synthetic biology attracts lots of talent, mainly physicists and engineers, since it is a very creative field, where rules and parameters are still to be defined”. But he observes that languages are still very different and communication is not always easy. Other aspects are also under construction; for example, the perspective of classical biology as a descriptive science sometimes underestimates the work of biologists, considered by theorists as mere data generators. As member of several international research boards, he recognizes the effort that physicists, engineers and all those dedicated to synthetic biology are making in finding and defining metrics useful in biology, as something essential for this transformation if we want to standardize laws, rules and metric units. “Besides the Evolution Theory and the Central Dogma, what else do we have?” Víctor says. That being said, more biologists need to populate this area of knowledge for a more integrative development. However, although he acknowledges the great influence of physics over biology, he is more skeptical with some other contributions of biophysics leading to sophisticated techniques; in particular, those related to imaging. In his opinion, we are converting the study of biology into a “sequence of images”; high quality images, but still surrounded by arbitrary units and qualitative conclusions difficult to reproduce. This worries him and reinforces his idea of working hard in the direction of standardizing and quantitatively measuring biological events.

Basic knowledge in transversal subjects has to be conveyed in all Science degrees: Experimental handling in biochemistry for physicists and a good basis in mathematics for biologists

Is education in biology envisioning this transformation? From my experience at the Complutense University, biophysics and systems biology have minor roles in biology and biochemistry degrees. Víctor recognizes that there is no trivial solution for that. It remains an open discussion and the best model is not yet defined. Postgraduate courses specialized in these areas, when offered to students with very different backgrounds, have very good results in terms of promotion of creativity. However, from Víctor’s experience, the basic knowledge in transversal subjects has to be conveyed in all Science degrees, i.e. experimental handling in biochemistry for physicists and a good basis in mathematics for biologists. Nevertheless, the systematic approach to biology needs to be promoted even more among biologists. For Víctor de Lorenzo, systems and synthetic biology are the latest revolution in biology, essential to universalize hypothesis, create biological theories and make reliable predictions. This latter, however, is the main handicap so far and where most of the criticisms focus on.

And now that I am writing and reflecting on this inspiring conversation, a final question comes to my mind: Would it be possible to predict the great ability to adaptation of living beings?