A conversation with Francisco Sanchez-Madrid 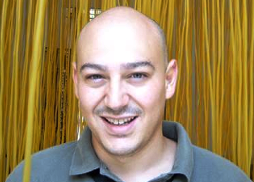 Although Karl Popper in his Philosophy of Science already questioned whether one scientific discipline can be reduced to the terms of another, sometimes, defining and naming cross-disciplinary fields set our minds in common grounds and helps stablishing a fluent communication to eventually produce ground-breaking beautiful pieces of science.

Immunophysics. According to the English Oxford Dictionary, Immunology is the branch of medicine and biology concerned with immunity -probably, too concise. The Merriam-Webster, instead, defines it as a science that deals with the immune system and the cell-mediated and humoral aspects of immunity and immune responses -definitively, a bit more precise. To me, a common mortal being, Immunology is a very complex, yet fascinating science that captivated my research interest, and where I am trying to apply biophysical approaches to further gain basic molecular mechanistic insights. This cross-disciplinary field -one could be tempted to name it biophysical immunology- was already coined as immunophysics nearly 30 years ago by Prof. Dimitrios Morikis. Interestingly, immunophysics, or the study of the physical basis of immune-system function and regulation, is rarely employed in the scientific literature; neither as a research field, nor as an academic discipline. Nevertheless, biological immunologists have been taking advantage of biophysical approaches, especially microscopy, on a regular basis. 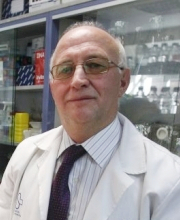 With this background, I decided to have a conversation about the interface between immunology and biophysics with Francisco Sanchez-Madrid, Professor at the Universidad Autonoma de Madrid, Head of the immunology service at the Hospital Universitario de la Princesa, group leader at CNIC, and EMBO elected member. He is an immunologist with world-wide recognition. He has pioneered the application of biophysical tools to unravel the molecular mechanisms involved in the adhesion, polarisation, and migration of lymphocytes at (and through) the endothelium, as well as the chemokine-mediated activation, during the immune and inflammatory response.

Immunophysics at Francisco Sanchez-Madrid’s research group. When I asked about the cross-relation between biophysics and immunology in his investigations, he readily acknowledged its pivotal role. Actually, some of his research accomplishments fall within the immunophysics field, he explains. In particular those applying advanced light microscopy, force microscopy, and electron microscopy methods to further understand the molecular mechanisms of immuno-biological processes. The most difficult part is the fluent communication and syntony between a physicist and an immunologistFor instance, the studies of his group on the dynamic interactions of lymphocytes with endothelial cells during leucocyte extravasation, and the studies on the cognate interaction between antigen presenting cells and naïve T cells. These immune responses, besides the classical signalling and exocytic trafficking pathways, involve a whole plastic change of the cell morphology, spanning from highly dynamic, very sophisticated and complex reorganisation of receptor kinases and phosphatases at the plasma membrane, to full cytoskeletal reassembly, which ultimately orchestrates cell-cell adhesion, activation, interaction, and immune synapse. Such oligomerisation and clustering molecular events are resolved in very short spatio-temporal scales. Therefore, the employment of advanced quantitative microscopy and correlation spectroscopy, as well as the advent of new live-imaging super-resolution microscopy techniques, have generated high visual expectatives, which in some cases, unfortunately, exceeded the results obtained, he honestly admits. However, the qualitative and quantitative knowledge advancement resulting from the application of biophysical methods and techniques in immunology is unarguable. Important milestones are, for instance, the recent nanoscopic resolution of the clustering and dynamics of membrane receptors and kinases, or the involvement of actin cortex dynamics in T cell activation and synapse.

Francisco Sanchez-Madrid keeps on doing research at the interface between biophysics and immunology. For example, he has some projects in progress that involve force microscopy, electron microscopy and X-ray diffraction to understand interaction forces and to reveal the complex structures required in lymphocyte adhesion, polarisation and migration. What he likes from biophysics is that it provides a different point of view to scientific questions. He also acknowledges that the most difficult part is probably the fluent communication and syntony between a physicist and an immunologist, because far-apart discipline projects usually are long, require hard work and regular meetings. Unfortunately, this situation often leads to the demotivation of researchers.

From a strictly scientific point of view, I was pleasantly surprised on our mutual agreement on the next challenges in the immunophysics field, which we believe are going to be related to mechanobiology, immuno-oncotherapy, and the engineering of the tumour immunological niche. Correlating the highly coordinated forces exerted by cells with their chemical sensing and activation process is seemingly very challenging, but eventually would be very scientifically rewarding. Furthermore, immunotherapy is widely recognised as one of the most promising recent therapies in cancer treatment, something that few years ago was unimaginable and that has the potential to place ourselves onto the doorsteps of personalised medicine. However, very little is known regarding the molecular mechanisms involved in the process of curing cancer by these means. For this purpose, engineering the tumour immunological microenvironment, and the lymphocyte receptor’s recognition patterns might be the way towards the construction of a highly mimetic in vitro model, where advanced microscopy and spectroscopy, force microscopy, and eventually optical and magnetic tweezers would play a critical role… or could this also be a new chapter for the cross disciplinary fields of biophysics and science fiction?