If the mountain won’t come to science 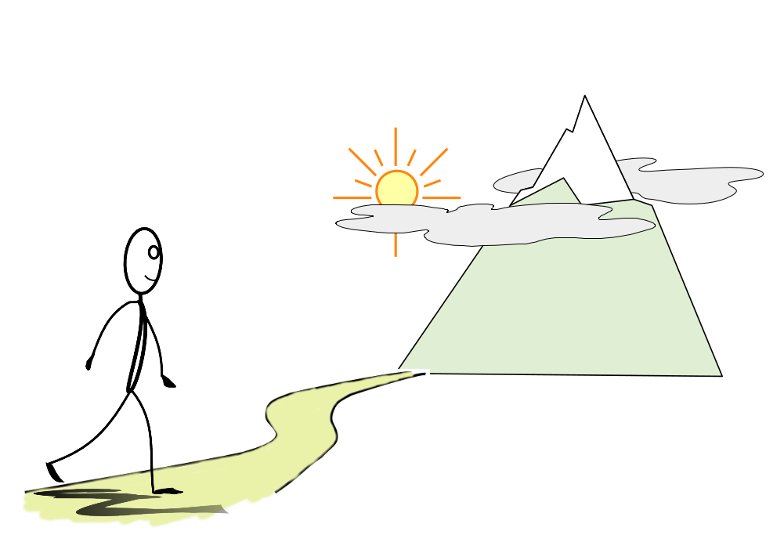 In his 1627 Essays [1] Sir Francis Bacon exemplified boldness with this proverb: If the hill will not come to Mahomet, Mahomet will go to the hill, which since then became a much used metaphor for someone that takes initiative to pursue a difficult (if not impossible) goal with the strongest determination, instead of simply waiting for it to happen. That scientists can pursue things with strong determination is no surprise to anyone. Spanish scientists, like in Sir Bacon’s proverb, are taking initiative and seem to be determined to climb the high mountain where the institutions (government and parliament) that host political decision-makers reside [2]. They carry with them the promise that they will find clues to solve societal future challenges: health and wellbeing for an increasingly ageing population, securing food, clean water, efficient energy and sustainable agriculture, and providing solutions to limit the consequences of the climate change. In exchange, they only will ask for recognition and support, needed to fulfil their titanic task.

A naive mind may think that the wandering scientists should have a quick and easy walk to the mountain top, since nobody should deny that the challenges they promise to solve are urgent and real and can only be faced by scientific knowledge and technology. But the fact that none of that has ever been a priority in the political agenda of our country makes the cautious scientists suspicious. Are we still tied to those (sadly famous) words written more than a century ago by one of our most brilliant minds?: “Que inventen ellos”, said Don Miguel de Unamuno [3], apparently dismissing the scientific and technological revolution that was taking place in most European countries, north of the Pyrenees, and in the USA, and meaning, as he explained, that is more clever to let them innovate, so we can latter profit from their inventions. Is that mentality still with us? What if, after the hill-climbing struggle, scientists are received by Unamuno’s ghost at the doorway of the Parliament? Certainly, we could be inclined to expect something like that. But to those who still defend that there is some sort of a cultural impediment or a fatal fate of The South [4] or a chronic lack of tradition, inheritable from generation to generation, we should remind them of the many success cases, very often ignored. We can find examples throughout History, but just to cite one that was contemporary of Unamuno, I name Leonardo Torres-Quevedo [5], who represents a mentality and a spirit that denies the indolent views attributed to Unamuno and some of their contemporary followers, as well as the pessimism of those who accept such views with fatalism.What if, after the hill-climbing struggle, scientists are received by Unamuno’s ghost at the doorway of the Parliament?

The pessimists may still say that no example will change the fact that we suffer a lack of tradition and a weak social support for innovation that are responsible of the precarious state of Spanish science. For any cited success, they will argue that these are only isolated cases, not enough to create a knowledge-based society, ready to defend science as the genuine source of progress. Torres-Quevedo could have been to Spain what Ernst Werner von Siemens was to Germany or what Thomas Alva Edison was to the USA, but he was not. His many grate inventions are mostly unknown to the public, perhaps because they did not initiate a big and lasting industrial power, like Siemens A.G. in Germany or the General Electric Company in the USA, which have created uncountable jobs and still today are a source of prosperity and prestige for their respective countries. A speech based on such victimhood could have been maintained up to the end of the twentieth century, before the times of explosive growth of the new technological era. However, the booming scientific and economic growth of Asian nations, some of them after reviving from revolutions, war, colonialism or extreme poverty, teaches us that societies can adapt and become successful, just out of their own determination and regardless of their past. Let us then be positive. Whatever the historical reasons that have led us where we are, the important thing is to identify and remove the barriers that we face today and put ourselves in a good position for the future. Some movements made recently in Spain in favour of Science seem to go in this direction.Societies can adapt and become successful, just out of their own determination and regardless of their past

Science in the parliament (“ciencia en el parlamento”) [2] is an open initiative promoted not only by professional scientists, through their professional societies, scientific institutions and Universities, but also by companies and social organizations. It goes beyond the classical petitions of larger investment in R&D. Money is of course important, since low budget is among the key differences between the Spanish R&D system and those of leading countries in Science. However, there are many other distinctive things that need to be changed, like obsolete structures, a lack of consensus long-term policy and, overall, the lack of conviction (not just saying) about the capital importance of scientific knowledge to face the challenges of the future. For countries that have been protagonists of historical and/or recent technological developments, this conviction is present at all levels of Society and they keep their scientific and technological capacity as a most precious treasure. However, in our country it is still difficult to see science as a priority. We need to put science in the political agenda and science in the parliament intends to do that through a scientific advice office (approved March 6th 2019) that will maintain frequent and direct dialogue with politicians of all parties, to advise them in science-related decision making and to offer scientific knowledge to help them find the best solutions to societal problems.Many other things need to be changed; overall, the lack of conviction about the capital importance of scientific knowledge to face the challenges of the future

A different action comes from GADEA foundation for Science [6] that appeals to the society in general and not only to political decision-makers. It intends to promote “new management forms for the complex activities revolving R&D&i”, from the conviction that “knowledge has a direct impact on citizens wellbeing” and that “Science is an essential service that must be favoured by all, to benefit everyone”. GADEA urges all possible players to contribute to the creation of a knowledge-based society. The call includes, in first place, citizens, who support science by tax payments and receive its benefits as a return; in second place, the public institutions, as providers of resources and coordinators of the return to the citizens and, in third place, public and private industries and service providers, who use scientific knowledge to manufacture goods or to create new services, from which the citizens can benefit via increase, maintenance or recovery of their wellbeing. Thus, GADEA has the aim to promote translational research by actively involving both the science / technology actors and industry / service companies, while at the same time calling for the complicity of people, who have the important role of payers of costs and receptors of benefits. In order to fulfil its goal of promotion of scientific cooperation, GADEA plans financing, training, publishing and consulting actions for all fields of knowledge.

These initiatives may seem small compared to the magnitude of the challenges they face, but at least we can see that something is moving and, paraphrasing another well-known proverb, we might at the end find out that what we thought it was a mountain, was no more than a molehill.