A conversation with Félix Goñi 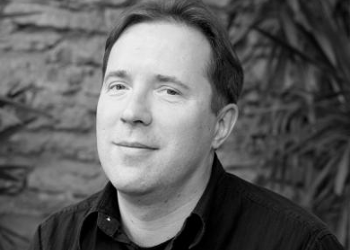 It is natural, for a biophysicist, to reflect upon what biophysics is, here and now. These meditations occur mostly over a beer, as the subject is old, almost classical, dating back to the emergence of the term biophysics in Pearson´s musing, in 1892, where it replaced etiology, emphasizing the primacy of physics laws over capricious and complex living matter. Though the word stays, its meaning keeps evolving, as each mature biophysicist nurtures his unique one. History proves that biophysics is notoriously hard to define, its true essence remaining elusive. In Wikipedia, multiple subfields are invoked in an attempt to clarify the matter, linking biophysics to almost everything, from math to myth. This is telling. Recognizing that biophysics has become a unique interdisciplinary hub does help improving our self-esteems (and funding). More importantly, it indicates that the intangible nature of biophysics could be grasped in its interactions with other scientific disciplines.

The intangible nature of biophysics could be grasped in its interactions with other scientific disciplinesThis beyond-Biophysics series has already touched upon many of such interactions, successively revealing multiple facets of biofisica. The approach looked smart and smooth, so when the Jesús Salgado proposed biochemistry as the next subject I agreed, with some hidden enthusiasm, to quiz an exclusive expert: Félix Goñi, one of the founders of the Spanish Biophysical Society (aka SBE) and, concurrently, an extremely prolific member of the Spanish Society of Biochemistry and Molecular Biology (aka SEBBM), from which SBE branched off several decades ago. He should know firsthand how biophysics and biochemistry interact, in life and on paper.

Yet, after some reflection, I felt hesitant on what to focus. At first glance, synergistic interaction between the two disciplines is obvious. No meaningful studying of intricate transformations of living matter can be conducted without identifying key molecular players, underscoring the fundamental role of biochemical analyses. On the other hand, the intrinsic complexity of biological systems has always attracted physicists. Richard Feynman summarized this appeal decades ago:

I am inspired by the biological phenomena in which chemical forces are used in a repetitious fashion to produce all kinds of weird effects. 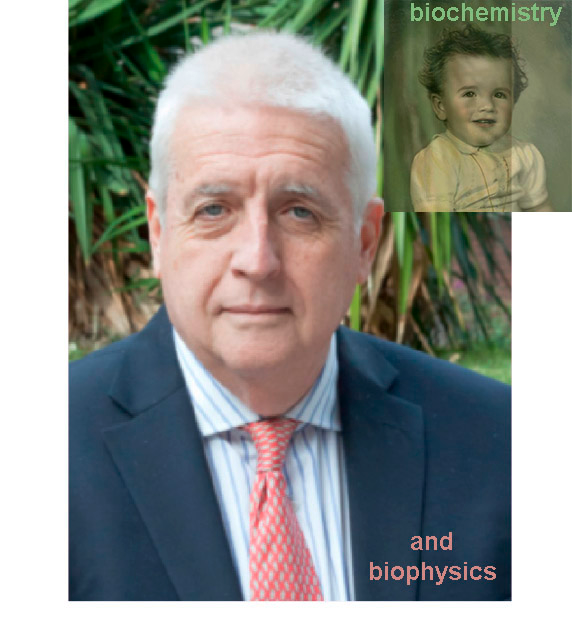 So I went up to Félix´s despacho. I must confess that established biophysicists rarely discuss their subject, it is un peu démodé. Jesús´ ingenious plan was to appeal to the biochemistry alter ego. However, Félix traced it even further, beyond biochemistry, back to his MD times, when he first realized that a rigorous quantitative approach might help saving a failing biological machinery. From there he goes along a lengthy, illustrious path, beginning with submersing into emerging fields of quantitative biochemistry, with the help of Gulbenkian Foundation. Next, feeling the needs of synthetic analysis, he approached Dennis Chapman to learn how physics, chemistry and biology work together yielding both structural information and mechanistic paradigms. There he became fond of lipids, that greasy substance fundamental for organization of living matter. Later on, Félix founded the Biophysics Unit, one of the first biophysics centers in Spain, with the specific focus on lipids and membrane biophysics. Sic! His favorite toys became model, synthetic membrane systems, such as supported lipid bilayers and giant blobby vesicles colored by different fluorescent markers. Those were quite in fashion back then, equally inspiring for physicists and biologists.

Yet, Félix remained firmly focused, sprinkling the basic lipid toys with bioactive compounds, purified proteins and lipids, implicated in different cellular pathologies. He uses lipid templates as a tool for quantitative reconstitution of biology, albeit in a very reduced form. Though such reductionist approaches are often criticized, in vitro mechanistic analysis, one of the major achievements of biophysical chemistry, has been proved extremely useful, if not indispensable, in the functional analyses of complex intracellular processes. Here I should invoke Feynman again, with his “What I cannot create I do not understand”.

Perhaps, that is what we intuitively expect from biophysics: the knowledge enabling (re)creation of biology. With the biochemical toolkits in hands and with deep learning methodologies becoming widely available, we should be able to reconstruct increasingly more complex structures and behavior, hopefully with required caution and responsibility. But this will be the next topic: biophysics and machine learning.