Alicia Alonso and María García-Parajo, winners of the Bruker prize 2017

The Executive Council of SBE has awarded the 2017 “Manuel Rico” – Bruker prize to:

For her excellent scientific trajectory and notable contributions in Membrane Biophysics.

For her outstanding scientific work on the development of advanced optical techniques to the study of biological, dynamic processes at the single molecular level on living cells. 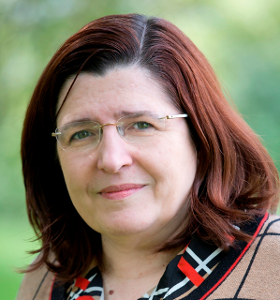 Professor of Biochemistry at the Biofisika Institute, University of the Basque Country – UPV/EHU and CSIC (Bizkaia, Spain).

Her scientific trajectory reveal notable contributions in different but related topics, such as the biological activities of ceramids and sphingolipids, the effects of catalytic activity of phospholipases and sphingomyelinases on model and cell membranes, mechanism of membrane fusion and more recently the role of lipids in autophagy. She has published more than 160 articles, which have been cited more than 5400 times (h-index: 43). 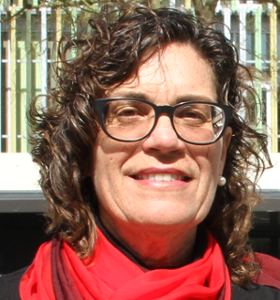 Dra. María García Parajo got her M.Sc. in 1989 in Physics (Semiconductor Science and Technology) at the Imperial College (University of London, UK) and her PhD in Physical Electronics in 1993 by her studies on “Natural lithography and photoluminescence of GaAs/AlGaAs quantum pillars”, under the supervision of Prof. Mino Green. In 1996 she moved as post-doctoral to the Applied Optics Group at the MESA+ Institute for Nanotechnology (University of Twente, The Netherlands). In 1999 she became Research Fellow of the Royal Netherlands Academy of Sciences – KNAW, Assistant Professor of the MESA+ Institute for Nanotechnology (2002) and finally Associate Professor in that same institute (2004). In 2005 she came to Spain as Group Leader of the BioNanophotonics Group at the Institut de Bioenginyeria de Catalunya – IBEC, Barcelona (Spain) until 2011, when she became Group Leader of the Single Molecule Biophotonics Group at the Institute of Photonic Sciences – ICFO, Barcelona (Spain).

Her research focuses on the development of advanced optical techniques to the study of biological processes at the single molecular level on living cells, bringing biophysical insights into fundamental biological questions with important implications for health and disease, including cell biology and immunology. She has published more than 110 articles (34 since 2012), which have been cited more than 4500 times (h-index: 43).

Dra. María García Parajo has been Member of the Advisory Board of the European Federation in Biotechnology (section on Nanotechnology; 2007-2009), and of the Advisory Board for the BioNanoScience Program at University of Delft (The Netherlands; 2011). From 2009 to 2016 she was Member of the International Committee of the Society of Fluorescence and also of the Executive Board of the Spanish Biophysical Society (2011-2015). She has participated in the Evaluation Panel for Group Leader positions at ICFO and currently is member of the STFC Panel (Rutherford Appleton Lab.; Oxford, UK) and WISE Review Panel.

About the “Manuel Rico” – Bruker Prize

Awarded in memory of Professor Manuel Rico, who was a leading biophysicist, member of the SBE, and a Research Professor at the Institute of Chemical Physics “Rocasolano”, CSIC (Madrid). He was a pioneer using NMR technologies to study protein structure, stability, dynamics and interactions.

Biophysicist who develope their main activity in Spain. Preference is given to members of the SBE working on Structure/Function problems from a Biophisics perspective.